[dropcap]O[/dropcap]n Tuesday, I began listening to conductor John Hodges’ CiRCE lecture, The Nature of the Arts and Their Place in the Curriculum. I have been attempting to wrap my mind around the concepts, but they are so foreign to me that I have found myself listening over and again, day after day, as a way on chewing on what I’m hearing. Maybe writing will help.

In one of his other workshops, Hodges had already explained that the nine Muses of Greek myth were the daughters of Zeus and Mnemosyne, who was the goddess of memory. I believe that Hodges was making the point that the arts are best when informed by history, being the very offspring of it, if you think in Greek. 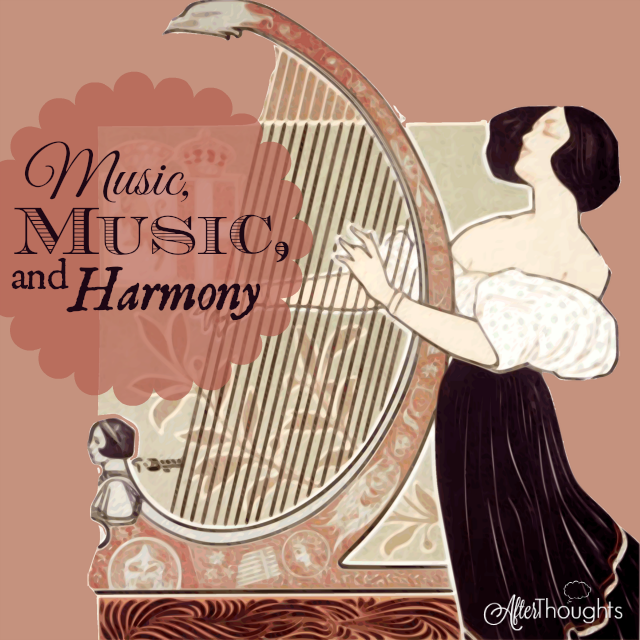 So in this workshop, Hodges goes into greater detail about the Muses themselves. The Muses were the inspiration for the nine areas of study. Their method of inspiring was through the vehicle of singing. To relate this to the discussion from chapter 2 of Leisure: The Basis of Culture, when knowledge is revealed to a man, it is as if he caught a drift of the song of a Muse. Inspiration comes from the singing of the Muses, says Hodges, and this is why we call singing and organized sound music. Music is the art of the very Muses themselves and is the way in which they inspire. Hodges, when thinking through this history of our word music, then says that singing inspires every significant human activity.

So my first instinct was actually to pass this off as an interesting history lesson, but only that. After all, this is the stuff of mythology, and we Christians aren’t to put much stock in the invented gods of this world, past or present.

C.S. Lewis had Aslan create Narnia using song. And George MacDonald writes in At the Back of the North Wind:

“I will tell you how I am able to bear it, Diamond: I am always hearing, through every noise, through all the noise I am making myself even, the sound of a far-off song. I do not exactly know where it is, or what it means; and I don’t hear much of it, only the odour of its music, as it were, flitting across the great billows of the ocean outside this air in which I make such a storm: but what I do hear, is quite enough to make me able to bear the cry from the drowning ship. So it would you if you could hear it.”

“No, it wouldn’t,” returned Diamond stoutly. “For they wouldn’t hear the music of the far-away song; and if they did, it wouldn’t do them any good. You see you and I are not going to be drowned, and so we might enjoy it.”

“But you have never heard the psalm, and you don’t know what it is like. Somehow, I can’t say how, it tells me that all is right; that it is coming to swallow up all cries.”

“But that won’t do them any good — the people, I mean,” persisted Diamond.

“It must. It must,” said North Wind, hurriedly. “It wouldn’t be the song it seems to be if it did not swallow up all their fear and pain too, and set them singing it themselves with the rest. I am sure it will.”

It seems to me that MacDonald and Lewis both comprehended an importance of song, and put it into their books. Is this the same importance that was understood in the time of Bach? In Evening in the Palace of Reason author James Gaines writes:

[T]he learned composer’s job was to attempt to replicate in earthly music the celestial harmony with which God had joined and imbued the universe, and so in a way to take part in the act of Creation itself… [T]he practice of threading musical voices into the fabric of counterpoint … [has] been endowed with … metaphysical power.

The key is music’s relation to number, a connection that was as old as Plato and as new as Newton…

For Western music, the most important discovery attributed to Pythagoras was that halving a string doubles its frequency, creating an octave with the full string in the proportion of 1:2. A little further experimentation showed that the interval of a fifth was sounded when string lengths were in the proportion of 2:3, the fourth in that of 3:4, and so on. This congruence was taken to have great cosmic significance. As elaborated over a few centuries around the time B.C. became A.D., the thinking (much oversimplified) was that such a sign of order had to be reflective of a larger, universal design — and sure enough, the same musical proportions were found in the distances between the orbits of the planets. Further, since such enormous bodies could not possibly orbit in complete silence, they must be sounding out these intervals together, playing a constant celestial harmony…

No less than the seventeenth-century astronomer Johannes Kepler gave Luther’s position the stamp of scientific certainty in his great work, Harmonices Mundi, where he correlates the orbits of the planets to the intervals of the scale and finds them to be “nothing other than a continuous, many voiced music (grasped by the understanding, not the ear).” This last point was debated: Some thought the celestial music was abstract, an ephemeral spiritual object, but others insisted it was real, inaudible to us only because it had been sounding constantly in the background from the time of our birth. In either case, music was a manifestation of the cosmic order.

All of this made me want to investigate what Scripture has to say about song. After all, the Romans believed in the Logos, but that doesn’t mean they were wrong. It’s more that they thought about it the wrong way. It was a stumbling block to them because the Logos became flesh. The idea that Truth is a person rather than a concept, or that the Logos, the ultimate unifying principle, could be born in a manger, tripped up a lot of Romans. But it meant that they misunderstood the Logos, not that the Logos didn’t exist.

So perhaps the same could be said of the Greek understanding of the nine Muses? The fact that Zeus was a false god doesn’t meant the Greeks weren’t on to something regarding music.

When I looked through the Bible, I found that most of Scripture points to music as we think of it: people singing and making music, usually unto the Lord. There are also songs of, for instance, triumph and celebration, and also sadness and grief. This is song expressing human emotion. But then we get into the strange verses. For instance, the trees of the forest will sing for joy {c.f. Psalm 96:12}. A heart can sing an inaudible song. The earth sings, rivers clap their hands, and mountains sing, too.

And while we’re at it, what does it mean that the LORD is my song?

Perhaps the most interesting verses I found, however, were from the New Testament. II Corthians 6:15 asks the question:

Or what harmony has Christ with Belial, or what has a believer in common with an unbeliever?

The Greek word translated here as harmony is συμφώνησις {symphōnēsis}, from which we get the English word symphony. Again, in Philippians 4:2, Paul writes:

I urge Euodia and I urge Syntyche to live in harmony in the Lord.

This time, the word translated harmony is φρονέω {phroneō}, which has more to do with the idea of understanding each other and agreeing to live humbly with each other.

Hodges explains in his lecture that harmony is when two disctinct things are brought into right relationship with each other. He equated it to marriage, where two different types are fit together until they create harmony.

So lets go back to συμφώνησις {symphōnēsis}, which I think is a stunningly beautiful word to use. The definition of the word in Greek is concord or agreement. Plato and Aristotle used it to describe instruments sounding together in one accord. So there is this musical undertone to being in agreement. In other words, when we say that Christ has no agreement with Belial {which is the way the more lifeless translations render it}, we are saying that the relationship is dissonant rather than harmonious.

There is therefore so much conflict between Christ and Belial that they do not belong in the same song.

I still don’t know that, biblically speaking, the case can be made that singing inspires every significant human activity. However, I do think that a case can be made that our ministry of reconciliation that we were given as part of Christ’s great work of reconciling the world to Himself, has a musical connotation. The idea of reconciling a fractured creation, a fractured humanity, back into their rightful places, back into favor {which is the more literal meaning of the word}, reminds me of resolving chords in music. There are certain chords which demand resolution, to be brought back into harmony. It’s like everything that is unresolved in this world is demanding resolution, and Christ is methodically bringing all of it about.

And then one day we will get to the part where everyone and everything is playing the right note at the right time, and what a symphony that will be.

The Kingdom of God

Quotables: The Fruit of Her Hands