[dropcap]C[/dropcap]harlotte begins Chapter 7 of School Education by reminding us that we are educating human beings {a “homogenous spiritual being invested with a body”}, which is great considering that all of our educating stems from what we think man, and therefore a child, is. 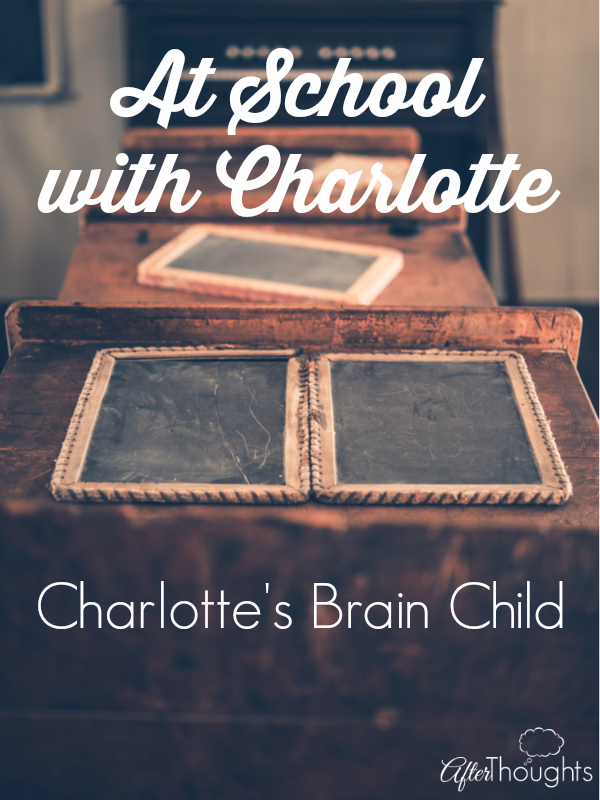 Charlotte then tells us we must consider…

If you recall, Charlotte says that education is, among other things, the “science of relations.” She relates this to the growth and development of the person:

It would seem as if a new human being came into the world with unlimited capacity for manifold relations, with a tendency to certain relations in preference to certain relations, but with no degree of adaptation to these relations. To secure that adaptation and the expansion and activity of the person, along the lines of the relations most proper to him, is the work of education; to be accomplished by the two facts of ideas and habits. Every relation must be initiated by its own ‘captain’ idea, sustained upon fitting ideas; and wrought into the material substance of the person by its proper habits. This is the field before us.

Charlotte is putting her finger on the pulse of classical Christian education. The fact is that education — true education — does not leave the student {nor the teacher, for that matter} unchanged. This marriage of ideas and habits is making more and more sense. We learn something, grab hold of an idea, and that idea grows, but it doesn’t grow in some sort of Petri dish — a sterile, isolated environment. Rather, it invades our very lives. It brings about repentance, or maturity and growth. If we do not see these things in ourselves or our students, it is hard to say that learning is taking place at all.

So What Do We DO?

[H]e is there already, with, possibly, every power that will serve him in his passage through life.

We also shall not debate

whether it is better to learn a few subjects ‘thoroughly,’ so we say, or to get a ‘smattering’ of many. These questions are beside the mark.

Instead, we must consider

the relationships which we may initiate for a child.

And here she begins to give us a Ladder of Relationships, which will continue in other chapters.

For Babies: the Lowest of Rungs

At this stage, we are to form

ties of intimacy, joy, association, and knowledge with the living and moving things that are therein.

{This corresponds nicely with what Jan Amos Comenius called the Mother School.} We can teach a child “sciences” even at these early ages, but it is not the same as giving him an intimacy with living things. We teach science by reading the child a board book that tells them that “sheep says baaa.” We foster an intimacy when we stop by a hillside covered with sheep and let them watch the sheep, or when we take them to a place where they can pet a sheep. {If my daughter had her way, we would own a sheep.}

Intimacy’s first step is recognition. To recognize a living thing intimately means that the child knows it by sight, yes, but also that he recognizes an environment appropriate for the thing, the sound or smell of the thing, and so on. In Volume 1, we see Charlotte’s students documenting where they found a flower and in what season, that they might search in similar places and at similar times for it, until they know the thing’s environment as well as the thing itself.

The second step of intimacy is aesthetic appreciation. Children are naturally drawn to beauty, and they try to paint the pretty flower they see. Charlotte suggests we also show them how artists have captured these beautiful images.

The third step, then, is first-hand knowledge. He begins to recognize so many trees that his mind naturally leaps into the science of it all, and he sees the similarity between the peach tree and the almond tree. Charlotte says that it is here he gets the idea of plants having “families” to which they belong.

The fourth step is appreciative knowledge and exact knowledge. He is learning things in such a way that he will even come back to them fondly when he is aged. His desire to learn has been sparked in the best of ways.

Setting up a New Relation

Charlotte closes her chapter by giving us a picture of a little girl’s latest relation, in which she uses an oar in water, and through her experience, learns something about its nature. Her experience is superior to a text book description, and will stick with her longer.

The conclusion, then, is that our primary task is to set up relations. {Charlotte includes here both moral as well as intellectual relations.} In this light, she then defines education as putting the child

in the way of relations proper to him, and to offer the inspiring idea which commonly initiates a relation.

I was thinking about that last part, and it seems to me that it would be prudent to examine our lessons and our schedule quarterly in this light. Am I setting up enough relations for my children? Or am I just giving into the pinnacle of modern temptation — getting through the material? Am I giving them many opportunities to become intimately acquainted with living things?

We had our Circle Time out of doors again this morning, as the weather was favorable, and I am reminded why I wanted to make this a priority. Yes, our duck flock interrupts lessons, but having dragon flies and mockingbirds join us is more important, I think, than feeling academic by sitting at a table indoors. I am prone to forget this, though. That is why one of my goals this year is to have my many “definitions of education” from various respectable folks collected and listed up, that I might evaluate what we are doing on a regular basis.

Charlotte’s next chapter will take us up a rung on the ladder, and we will learn what relations are proper to a child.

I do wonder what Charlotte would say about children who missed that baby rung.

Reader Poll: Guess What Came in my Mailbox?

Quitting Coffee {and Tea and Other Caffeinated Yummies…}