It is He who sits above the circle of the earth,
And its inhabitants are like grasshoppers,
Who stretches out the heavens like a curtain
And spreads them out like a tent to dwell in.

[dropcap]T[/dropcap]his morning I had to correct a child who has, quite honestly, had it coming. This child is always trying to be the parent, bossing the other children around, inventing rules that don’t actually exist, and so on. I’ve attempted some verbal correction, but now we’re in habit training mode. I spent some time explaining that the Lord has ordained the order of authority in our house, and this child is not to usurp that order, even if perfectly capable of handling the situation. 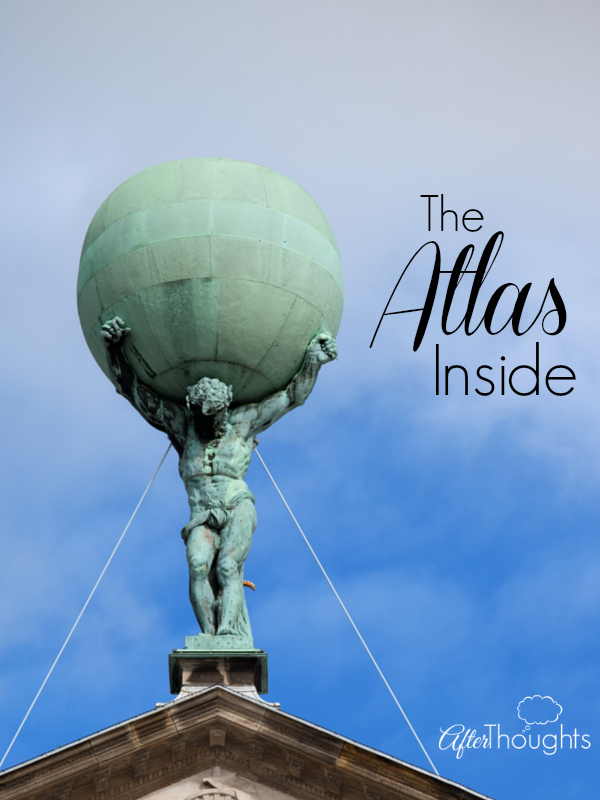 As I walked away, I realized this child is a lot like Atlas, the giant punished by Zeus who, due to his siding with the Titans in the primordial war, must bear up the weight of the arc of heaven, that we all might not be crushed by the sky.

As a Christian, the story is always interesting, because we realize that he is holding something that isn’t his to hold.

And it’s a struggle.

Burdened by a God-sized responsibility, he is a slave. He cannot freely wander where he will. He cannot be with his wife and children.

There are two traditional endings to the story of Atlas.

In some versions, Heracles smashes the Atlas mountains and builds the two Pillars of Hercules, effectively liberating Atlas from his bondage.

In other versions, we see an Atlas who can no longer bear up. He begs Perseus, who is on his way to kill the Gorgon Medusa, to return with Medusa’s head, and turn him to stone, that he might not feel the weight of the world upon his shoulders any longer.

On the other hand, we can keep standing in God’s place, and have our spirits killed over time. The sky is not ours to carry, the world is not ours to orchestrate and keep “safe,” and the only way to handle such a burden is to stop feeling — to stop caring.

To turn to stone.

As a Christian, the most interesting thing is that we can trust that, in releasing the sky, we learn that it does not come crashing down after all.

Who alone stretches out the heavens?
Job 9:7-9

CiRCE Talks: Kern’s Cultivating of the Soul of Liberty