[dropcap]W[/dropcap]ell, that’s a pretty audacious title, don’t you think? I would have done better to call it What Education as an Atmosphere Might Look Like. But, being the slave to format that I am, I couldn’t stand the thought of the title not fitting perfectly with the others, so here we are.

So far, I’ve been talking about the more concrete aspects of Ambleside: hymns, composer study, picture study, and geography. I’m skipping to the abstract here mainly because it’s been on my mind since yesterday. 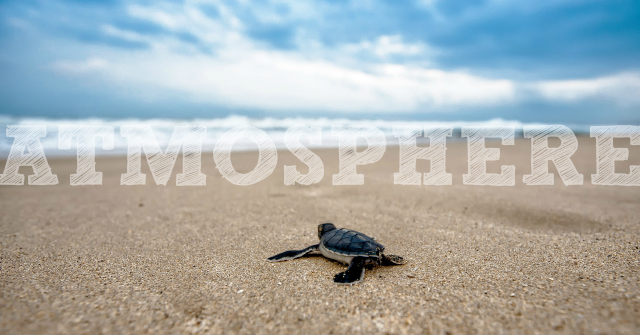 Before I tell you my story, let’s talk about what our dear friend Charlotte means when she says that education is an atmosphere.

Education is an Atmosphere, a Discipline, a Life

This is one of Mason’s brilliant mottoes, packed full of ideas. We’re only going to look at atmosphere here, of course, but I wanted to make sure we acknowledge that this is only one facet of the whole; atmosphere alone is not education.

In her sixth and final volume, Mason writes this:

Seeing that we are limited by the respect due to the personality of children we can allow ourselves but three educational instruments––the atmosphere of environment, the discipline of habit and the presentation of living ideas. Our motto is,––’Education is an atmosphere, a discipline, a life.’ When we say that education is an atmosphere we do not mean that a child should be isolated in what may be called a ‘child environment’ specially adapted and prepared, but that we should take into account the educational value of his natural home atmosphere both as regards persons and things and should let him live freely among his proper conditions. It stultifies a child to bring down his world to the ‘child’s’ level.

The theory has been,––put a child in the right environment and so subtle is its influence, so permanent its effects that he is to all intents and purposes educated thereby. Schools may add Latin and sums and whatever else their curriculum contains, but the actual education is, as it were, performed upon a child by means of colour schemes, harmonious sounds, beautiful forms, gracious persons. He grows up aesthetically educated into sweet reasonableness and harmony with his surroundings.

If we recall that Charlotte criticized the German Kindergarten for being too perfect—contrived–then we realize that she must mean something more than simply manipulating a child’s environment.

And, in fact, she does. She quotes Professor Sir Jagadis Chandra Bose as saying:

A plant carefully protected under glass from outside shocks looks sleek and flourishing but its higher nervous function is then found to be atrophied. But when a succession of “blows” (electric shocks) is rained on this effete and bloated specimen, the shocks themselves create nervous channels and arouse anew the deteriorated nature. Is it not the shocks of adversity and not cotton wool protection that evolve true manhood?

And here we are getting at Charlotte’s aim, which she made quite clear previously in her third volume:

Educating through atmosphere, then, is not something we create, but rather involves our response to what is. Everything in the child’s “atmosphere” is the opportunity for development of the child’s character. The child can become a better {or worse} man than he would have been without both the challenges and blessings which God has placed in his life.

These past few weeks leading up to A.-Age-Six’s molar extraction and filling — her first real dental procedures — were not easy. For whatever reason, God chose to place these obstacles in the path of my most sensitive, least pain-tolerant, most intensely nervous child. If I were a dullard, I might have missed the point (and I almost did).

One thought that John Piper has been teaching our small group lately is that our faith is rooted in the knowledge that God does things for our good. Not just our past good or our current good, but also our future good. Walking in faith, then, means trusting along the way that these things will work out for our good.

It logically follows, then, that since my children likewise belong to God, He is also orchestrating the events of their own lives for their good as well. When Charlotte says that education is an atmosphere, I automatically leap to faith- and character-building.

Daughter A. looked to become the sort of woman who would refuse to have children because of the pain and fear involved {and, c’mon, we all know it’s scary!}. Yesterday, when her simple extraction became complicated and turned into oral surgery, and I was holding her hand and trying not to look like I was fretting, I just kept reminding myself that the Lord has His purposes. Could it be that experiencing all of this pain and facing all of these fears early in life will reap a great harvest later in life? Will she be a tougher woman because of it?

Honestly, I think she will.

She learned lessons in trust. Two days before The Day, as we headed to Aunt Rebecca’s house to borrow a movie, she told me she had decided not to worry about it anymore, that she figured that because I was a Christian and I loved my child, I was probably telling the truth about it not hurting very much to get a shot in the mouth.

She was quite the trooper. She was tempted to freak out and refuse to let the dentist do his job–that was very clear. But she didn’t. She even waited until it was all over to cry.

It is so easy to think that my job as a mother is to help her avoid pain. It’s like when my oldest was a tiny tot. It was tempting to try and protect him from every bump and bruise, to keep him from hitting ground when he fell. Obviously, we want to avoid serious injuries and death, but in general I learned that allowing a child to fall taught him better balance. Allowing him to be hurt taught him to be more careful–and taught him faster than a thousand naggings!

When we think of education as an atmosphere, let us not think of building an environment but rather of helping the child face his own situation with faith and courage when things seem wrong, and joy and gratitude when they seem right.

Not a bad approach for ourselves, either!