The Mother as Fairy Truth

[dropcap]Y[/dropcap]esterday, we began reading through Andrew Lang’s version of Prince Darling from The Blue Fairy Book. If you are unfamiliar with the tale, I’ll give you a quick summary of the first half (and suggest you read it all for yourself later!): The Good King is tested by the Fairy Truth and proven to be actually good. Because he passes the test, the fairy offers him a wish granted. The king immediately thinks of his beloved son, Prince Darling. His wish is that the fairy would be Prince Darling’s friend. The fairy offers to make the prince handsome or rich or powerful — whichever the king would choose. And then the king says:

I do not ask … these things for my son … but if you will make him the best of princes, I shall indeed be grateful to you. What good would it do him to be rich, or handsome, or to possess all the kingdoms of the world if he were wicked? You know well he would still be unhappy. Only a good man can be really contented. 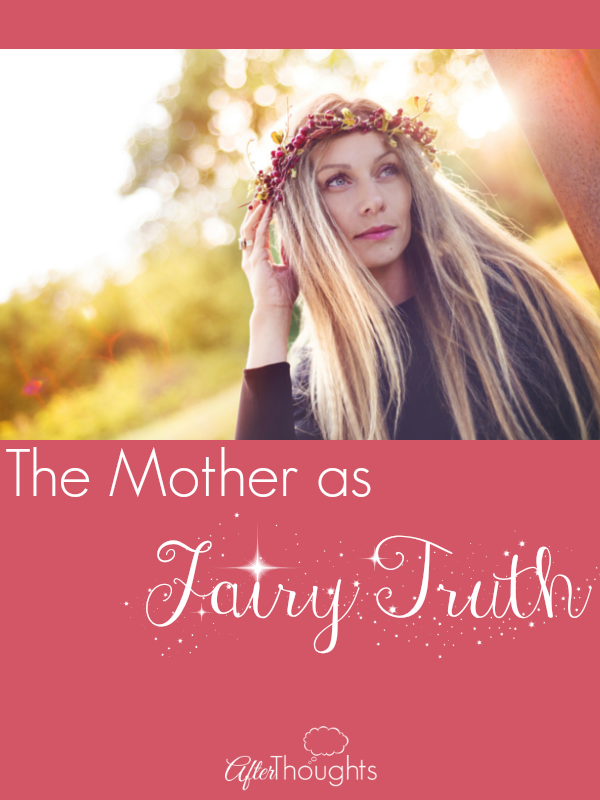 We all hope, naturally, for the swift granting of this beautiful, perfect wish. But it seems that the king has inadvertently stumbled upon the boundaries of Fairy Truth’s power:

You are quite right, … but it is not in my power to make Prince Darling a good man unless he will help me; he must try hard to become good; I can only promise to give him good advice, to scold him for his faults, and to punish him if he will not correct and punish himself.

There is the rub. Even a magical fairy cannot make someone good. Purity of heart is God’s business.

We had a bad start to our week. There was a lot of misbehavior around here, and I was quickly worn down by it all. It is one thing to correct and train preschoolers all day long; it is another to deal with the sins of older children who “should know better” — who do know better.

I found myself having one of those talks with a child, where all the uncomfortable yucky things have to be said. And in that moment, I bumped up against the limits of my own power. As we began to talk about discipline and its purpose, and one word led to another word, and suddenly I found myself saying that I can’t make you good, nor can I make you want to be good, child. I can’t.

The interesting thing is that I think sometimes children — if they have good hearts at all — really would rather if Mother could make them good. It would, after all, save them all the trouble of having to deal with pain or commitment or self-control or … God.

It was a couple days later that I read aloud Prince Darling for the second time in my career as a mother. I have loads more experience now than I did upon the first reading, so it struck me differently this time. I am Fairy Truth, I thought to myself. Only without magical powers. I can only be their friend and helper along the way. I can point out the path. I can give good advice. I can punish and correct. But it will only work if it is in concert with their own little wills.

Maybe this is why the sage of Proverbs asks for nothing less than his son’s heart.

While I had read Home Education by Charlotte Mason several times when I first wrote this post in 2011, the ideas found in the final portion of the final chapter hadn’t yet sunk into my soul. When I look back on this day and this hard conversation, now so many years ago, I think it would have helped me greatly to think in this vein:

Jesus, Our Savior. Here is a thought to be brought tenderly before the child in the moments of misery that follow wrong-doing. “My poor little boy, you have been very naughty to-day! Could you not help it?” “No, mother,” with sobs. “No, I suppose not; but there is a way of help.” And then the mother tells her child how the Lord Jesus is our Saviour, because He saves us from our sins. (p. 351)

The Indwelling of Christ is a thought particularly fit for the children, because their large faith does not stumble at the mystery, their imagination leaps readily to the marvel, that the King Himself should inhabit a little child’s heart. (p. 352)