Learning Not to Fear a Time of Rest

[dropcap]I[/dropcap] have written about this before (like here and here). To summarize, once upon a time, my son was having a terrible time with math. Worse, he claimed he hated math. (So much for training and ordering the affections.) It was such a struggle. He had hit a brick wall. What do we do in times like these? Do we keep pushing and pushing and expecting different results? I suppose that is one option, but is it the best?

And then I dropped formal mathematics. 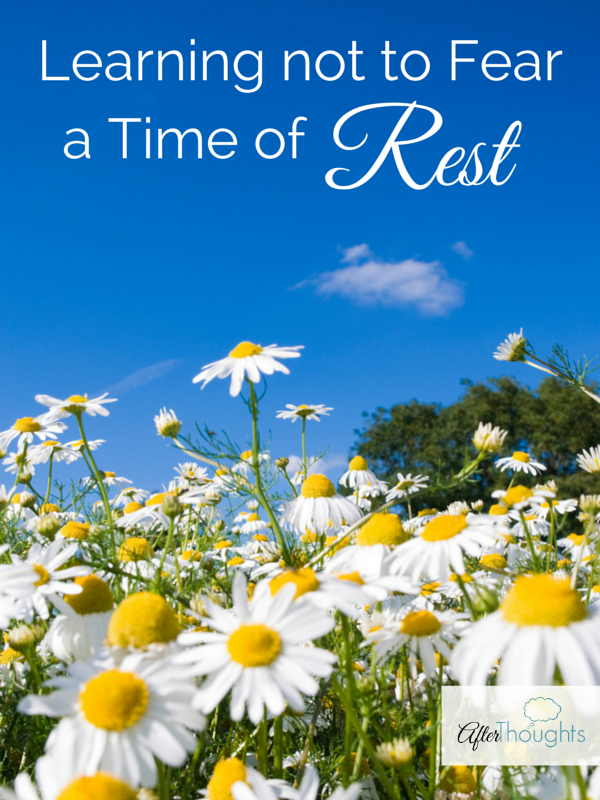 I dropped it, and I replaced it with logic-building worksheets from Critical Thinking Press that were supposed to improve math ability. We did this for about nine months. It was the best thing I ever did for my son’s relationship with math, and he has done quite well in math ever since.

But that was then, and this is now, as they say.

Right before Christmas time, I began to get that feeling with my daughter. You know the one. It’s the one where math is starting to seem suspiciously like a Problem.

I tried the pushing approach after the first of the year. After all, she’d gotten three weeks off for Christmas, right? So we did worksheets, and she completed them, but what I was noticing seemed suspiciously like a lack of real comprehension.

At first, I thought maybe it was a bad day, but then it began to seem like bad weeks. All of this came as a bit of a shock to me, for this child had shown an early aptitude in math, at least compared to her older brother.

As we did math poolside while the preschoolers were swimming, I remembered the copy of Ray’s Arithmetic I had purchased after Andrew Kern waxed eloquent about it in a CiRCE talk or two.

Why not? I though to myself.

We were going so slow that I wasn’t sure it really mattered what we did at that point.

So I switched. The little sister joined in, and soon we were counting balls and learning number names up to 100. My older daughter knew the names, but what I learned was that she actually couldn’t read most of the numbers.

Good old Ray, starting at the beginning. Who would have thought? I simply assumed the ability to count was the ability to read; it hadn’t crossed my mind to check.

So we worked and worked and worked on learning to read those numbers up to 100. Frankly, I got sick of it, it took so long. Why must the teens be so very difficult for children? Why do eleven and twelve get special names?

Why do five-year-olds ask so many questions?

I think A.-Age-Seven and I were both on board with that last one.

We spent about a month doing this. I felt sort of like a slacker, but what else could I do? Pretend to do math, and “get things done,” while knowing full well that she wasn’t really learning or connecting with it?

Yesterday, I got a math sheet back out, just to see how she did.

I circled one line of about six or seven basic addition problems. What does this say? I asked, pointing at the first one. She read it aloud correctly (it was 8+1=___). So what should you do? I asked, taking the lid off of her little plastic tub of pinto beans, which is the poor man’s version of a math manipulative. Instead of acknowledging me, she calmly wrote 9 in the answer blank.

“This is too easy for me!” she said to me. Was that a defiant twinkle in her eye?

“Oh, I’m sorry! I didn’t realize. Please do this entire row on your own.”

She laughed. And then she proceeded to get every problem correct. And she smiled while doing math! She only used beans when she needed them, and even those she managed without any assistance from me.

She was so successful that I circled another row and told her to do those, too. She missed one, and when I pointed out that three and four were not nine, she calmly grabbed her beans, counted them, and corrected her mistake.

“How did you figure all this out?” I asked her.

“It’s because I’m so clever,” she said, flashing me an impish grin.

It’s such a small triumph, and yet I relished it. We have had days where this child would be voted Most Likely to be Confused, and yet she called herself clever with a self-satisfied smile.

Today, we did a whole bunch more, with the same success, and for the first time in a long time, I’m excited about it.

Once again, I have learned that taking a break–getting a change of scenery–can be so vital for a child. It seems counter-intuitive to say, “Behind in math? Take a month off!” And yet, I’ve done this twice now.

We are so afraid of Sabbath.

We think that if we stop for even a short time, all the balls will drop, and we’ll be nothing but failures. But is this true? Maybe we’re just afraid to admit when there is a problem. Maybe, if we keep working away, we won’t have to acknowledge that things aren’t working quite right.

Maybe rest really is as restorative as it sounds.

The worst thing in the world is not being behind a month or two or ten in math. To some extent, I even question the premise. Is a child behind in math? I mean, a child, if someone is lovingly educating him, is always exactly where he is. He isn’t behind or ahead, he is where he is, and it’s our job to come alongside him and help him to grow and keep growing. Comparing a child to peers and declaring him to be “behind” or “ahead” doesn’t change anything about what our job is, and what we have to do next.

I’m not saying we should ignore warning signs when it comes to learning disabilities, but I do think we could all stand to relax a little.

Or, at least, I could sometimes.

Anyhow, I’ve left off worrying for the time being, as my funny little girl is apparently quite “clever” in math.