Is Charlotte Mason Classical? {A Follow-up}

[dropcap]W[/dropcap]e’ve had some good discussion on the first post and Mystie also posted a link to a free talk by Doug Wilson that explains a little more of the history behind the use of Dorothy Sayers’ application of the Trivium to the stages of child development in actual classrooms. He references, coincidentally, Comenius, so it seems we are all talking about the same thing. I think Wilson makes a number of important points worth considering, and if you have time to listen to the talk, I’d recommend it. 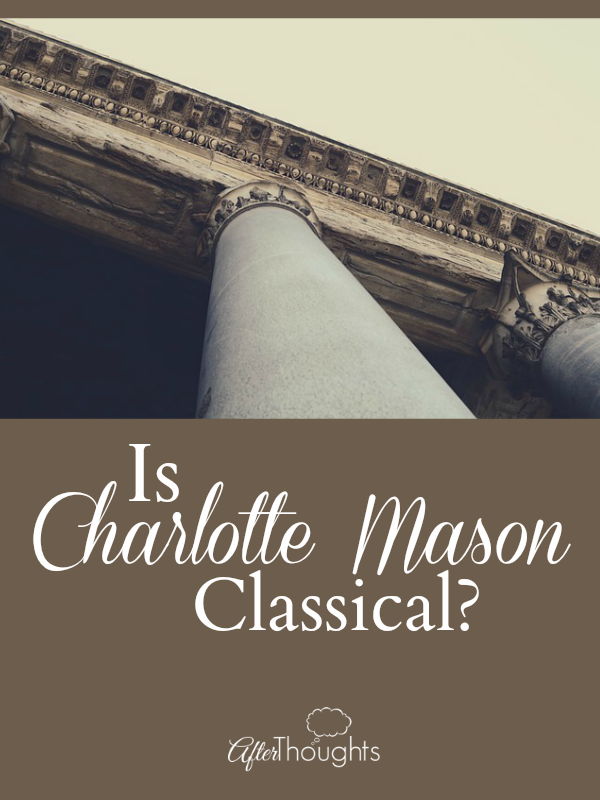 I listened to it partly during naptime yesterday, and finished up while making dinner.

I have a few more thoughts on this subject now that I’ve enjoyed the comments discussion and listened to Wilson. Unfortunately, it is also getting quite late in the afternoon around here, so bullet points it is.

That is all for now. Perhaps we will have another interesting conversation in the comments? {Hint hint…}

Note: the definivite book is now out on this subject: Consider This: Charlotte Mason and the Classical Tradition by Karen Glass {the very excellent introduction is by David Hicks}. I highly recommend it.

Classical Education: Is Dorothy Sayers the Only Way?