I Have a Blog? And Meet Reece.

So. I didn’t forget about this cozy little spot on the Internets. However, comma, we did run away from home for a few days, and that means no blogging. Here is some insight into exactly what we were doing… 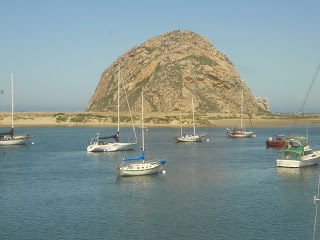 We visit Morro Bay almost every year {we like to stay in Pismo Beach, but heading to Morro Bay for the day is a must}, but this year was unique. If you know the Central California Coast, then you know that Morro Bay is a very gloomy part of California, and often covered by mist or fog all the day long. This time? Well, it was perfect. The fog rolled out early on Sunday morning, and on Tuesday we never saw any at all. It was great.

We saw a few things this time that we’d never seen before, among them a bird {the name of which we are still trying to discover}. But the real treat was this:

It’s probably hard to understand this photo, but I don’t have a fancy camera, so that’s as good as it gets. This, my friends, is a bunch of baby sea otters, laying on their backs in the sun. Their mother was playing {or fishing?} nearby. We had never seen otters in the wild before, and they were just as cute as one would expect.

Yesterday, when we were supposed to be recovering from our vacation {those of you who travel with children know what I mean}, I found a very pregnant Kinder doe for sale. Our afternoon turned into a whirlwind and we ended up buying this gal: 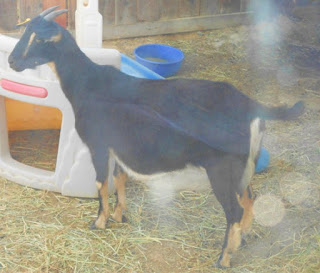 It’s not a great photo, I know, but it’s the only one I have right now. Si said she reminded him of chocolate and peanut butter and somehow she ended up being named Reece because of that.

I’ve never posted photos of Wesley, the get-by guy {as I called him}. When Abigail died, we bought him as a friend for Charlotte, who wasn’t handling her loneliness very well. I feel a little guilty moving Wesley again as we are his third owner this year {!}, but hard choices are necessary, right? I hope we find him a good home that will appreciate him.

Here are a couple photos of Wesley that I took in order to list him for sale on Craigslist: 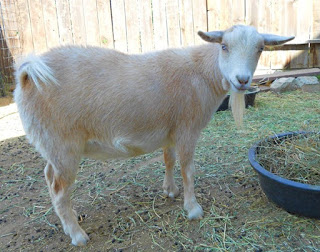 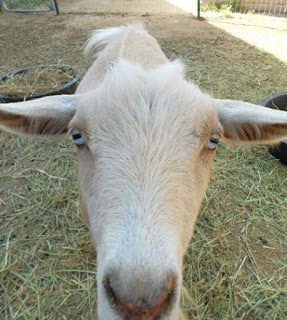 He’s a sweet goat and very tame, but we no longer have use for him. Nor do we have space, what with babies due any day now. This all happened so suddenly, but it really does get us closer to our goal of two producing Kinder does. Reece will begin milking next week, probably, and if she has a buck kid, we’ll keep him and let him breed Charlotte {and sell the babies–we are raising backyard goats, remember, and that means we are short on space}. And then, God willing, Charlotte will produce five months after that. We’ll sell the buck, and have two milking does.

Or, at least, this is the plan.

From what I’ve read, we should be able to milk them through for about 14 to 18 months, so that will give us time before we have to think about breeding again.

I’ll have a real post up sometime soon, I hope, but for now I thought I’d share a little about our adventures.

Reading Aloud: Weaving it Into the Fabric of our Lives