Math. It’s quite a conundrum, no matter your philosophy. For a long time, I thought, like many other Charlotte Mason fans, that Charlotte Mason was weak on math. Many times, this belief translates into the homeschool itself being weak on math! While it is true that the majority of her educational writings focus on more literary aspects, a glance at the PNEU schedules shows that this did not carry over into her classrooms. By the time students were in Form III, they were doing arithmetic, mental arithmetic, Euclid, and Euclid memory work, which added up to 170 minutes per week. 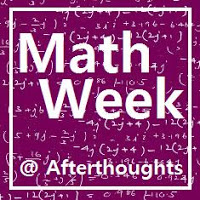 Keep in mind that Form III corresponds to our junior high, not high school.

I think a couple things trip us up when it comes to math.

First, I think we mistakenly take Charlotte’s comparative silence on math to mean that she views it as less in importance. It is more likely that she didn’t think that her peers were making the same grievous mistakes with mathematics that they were making with things like history and literature. Consider that in her sixth and final volume, Miss Mason wrote:

It is unnecessary to exhibit mathematical work done in the P.U.S. as it is on the same lines and reaches the same standard as in other schools.

Whereas her work in history and literature were unique contributions to the world of education, her math was similar to the math of her day.

Charlotte’s students were not allowed to specialize. She believed in a broad, general education. Math was an important part of such an education then, and it still is today.

Second, I think that many of us did not have good math teachers, and we really do not know what to do when our children begin to struggle. In our family, the problems have {so far} come earlier rather than later {though admittedly we are not old enough for advanced forms of math as we have only reached the fifth grade}. I think hitting bumps early is probably easier than having problems suddenly rear their ugly heads later on. What are we supposed to do?

Since Charlotte Mason believed that the student’s success in mathematics was tied to the teacher rather than any particular book, this is worth asking. Today, I can tell you what one teacher did:

Betsy was reciting her arithmetic. She was getting on famously with that. Weeks ago, as soon as Miss Benton had seen the confusion of the little girl’s mind, the two had settled down to a serious struggle with that subject. Miss Benton had had Betsy recite all by herself, so she wouldn’t be flurried by the others; and to begin with had gone back, back, back to bedrock, to things Betsy absolutely knew, to the 2 x 2’s and the 3 x 3’s. And then, very cautiously, a step at a time, they had advanced, stopping short whenever Betsy felt a beginning of that bewildered “guessing” impulse which made her answer wildly at random.

After a while, in the dark night which arithmetic had always been to her, Betsy began to make out a few definite outlines, which were always there, facts which she knew to be so without guessing from the expression of her teacher’s face. From that moment her progress had been rapid, one sure fact hooking itself on to another, and another one on to that. She attacked a page of problems now with a zest and self-confidence which made her arithmetic lessons among the most interesting hours at school.

Is this not what we hope for our own students?

This week, we’ll talk about these things … and more! What did Charlotte Mason really say about math? What do we do when things go wrong? And what in the world is this about Euclid? It’s going to be great fun.

Here is the Math Week Table of Contents, which I’ll keep coming back to and linking up as the week goes on. For now, perhaps the post titles will whet your appetites.