It’s not customary to give Valentine’s gifts to readers, but perhaps you are loading a Kindle for someone you love? A little boy, perhaps? If so, good news: I’m sharing 25 more free Kindle books, books I will soon put on my own 10-going-on-11-year-old son’s Kindle. He’s the type that is always starving for books. I considered limiting his reading time, but when I timed him, I found he didn’t spend too much time reading. He’s just very, very fast. 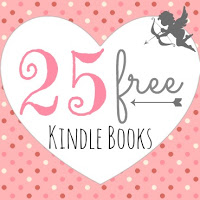 We gave him a {used and very inexpensive} Kindle for Christmas back in 2011. I had loaded it with 100 free Kindle books. He also received real books.

The kind you put on a shelf.

So with all the real books we have, it has taken him until about now to finish the 100 books. He’s almost done, and this list is preparation. I didn’t want everything to be fiction, but honestly that was what was easy for me to decide upon at this point.

Besides, I am also giving him the letter A of his Gran’s encyclopedia set. That should keep him busy!

Like my last list, I’ve checked it against the Ambleside Online book lists so that I don’t give him a book that should be saved as an assignment someday {which I have accidentally done–and regretted–before}.

Also: beware that, when it comes to Kindle books, sometimes you get what you pay for. I cannot guarantee that there are not major problems with some of these books, that there are linked tables of contents, or anything of the sort. I can say, however, that out of the extensive last list, my son only complained about a couple of the books. And, honestly, free is the price I am willing to afford when it comes to digital copies. Some of these are titles I’m looking to add to our family library eventually, but for now this will do.

Tales of Troy and Greece by Andrew Lang

Myths of the Norsemen from the Eddas and Sagas by H.A. Guerber

*Technically, “others” by Marryat are suggested as free reading for Ambleside Online Year 10. I skipped the actual assigned title, but offered these because they are suggested for grades 4-6 on the 1000 Good Books List.
**I have heard some complaints about bad Verne translations, and I have no idea of this is a good one. If one of you has an opinion, I’d love to hear it.