No, I’m not posting cake pictures. That’ll be next week sometime, Lord willing. However, I did spend my coffee break looking through old family photos. How is it possible that she is eight? I know, I know. I say that every single birthday. I’m always shocked that they are a year older. But really, my “little” children are all too quickly becoming a collection of big children. 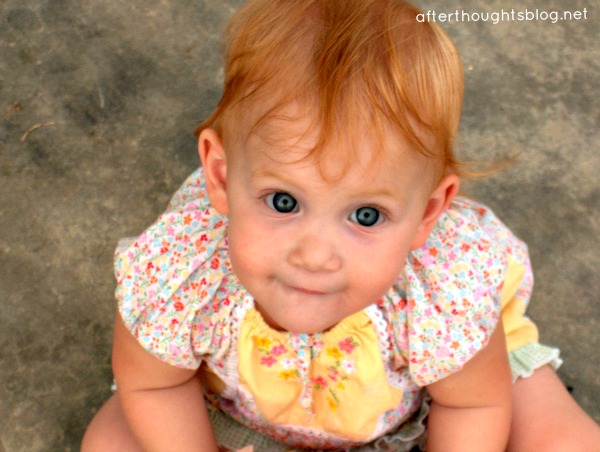 Yes, she is still strawberry blonde, though not nearly like the picture. Thank you for asking.

At this age she received her nickname, The Bird, because her hair made these little wing-like things by her ears. And she’s always been a fluttery sort of person. She still is. In many ways I suppose she’s exactly what we expected. She began crawling at four months of age just so she could be closer to her big brother, and she still does whatever she can to get into his space. She even talks him into hugging sometimes, and that is really saying something for a boy almost eleven.

I’d post a photo of her now except that I’d be breaking The Rules, the ones where I respect my children’s privacy {for the most part}. If any of my children want their privacy, it is this one.

Lift Me Up: Imagination as Lever