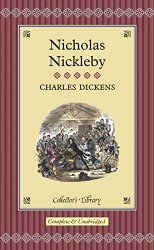 And after exhibiting every symptom of slow suffocation, in all its stages, and drinking about a tea-spoonful of water from a full tumbler, and spilling the remainder, Mrs. Nickelby was better, and remarked, with a feeble smile, that she was very foolish, she knew.

“It’s a weakness in our family,” said Mrs. Nickelby, “so, of course, I can’t be blamed for it. Your grandmama, Kate, was exactly the same — precisely. The least excitement, the slightest surprise, she fainted away directly…”

[dropcap]I[/dropcap]n Start Here, we spend some time on Charlotte Mason’s second principle of education, which is her most controversial (in Protestant circles, at least):

[Children] are not born either good or bad, but with possibilities for good and for evil.

I am going to skip over some of the difficulties of interpreting this principle, having already discussed it before. 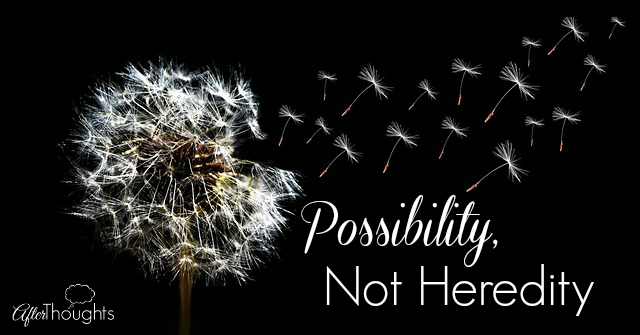 Once, when I sent out an email preparing a book group for discussion of this principle, I included this disclaimer note:

In this principle, CM is combating the doctrine of her time belonging to early eugenicists and determinists who claimed that children had predetermined hereditary natures which could not be changed, not even by divine intervention.

Dickens is one of the best places to see this philosophy in action. Heredity (in Dickens novels, at least) is the reason for all sorts of drama on the part of the female characters, and all sorts of sin on the part of the males. Sometimes, in order to understand why Miss Mason says what she says, it is helpful to understand her times, and what she is specifically reacting against.  In her culture, if someone had fainted, told a lie, or gotten drunk, there was probably a grandparent somewhere to blame.

And the sins of grandparents and parents were known in Dickensian England to destroy the hopes of young lovers, as well. I have often wondered if this was why Miss Mason herself never married.

What I found interesting this past weekend was evidence of a modern “discovery” of Miss Mason’s second principle, in an educational environment where it belongs:

The edges of my heart curled as I saw a lively, bright-eyed little boy disciplined (and embarrassed and angry) because he couldn’t “pay attention” to the endless flash-card drill. How long, I wondered, will it take to turn this wiggly little mass of potential into an embittered “problem” child? The youngsters who retreated into their own boredom were deemed “good,” but their silence was a clammy precursor of turned-off and tuned-out. Many were doubtless feeling “dumb” because they — like their age-mates at all levels of the socio-economic scale — couldn’t do tasks that are out of place in kindergarten.

Do you see it? Do you see Miss Mason’s idea that children are born with potential — with possibilities? And that it is assumed that this potential can be turned for “good” or for “bad” depending on how a child is educated? We do things to children that numb them or stupefy them, and then criticize the child. In this case, Healy is discussing the combination of poor approaches (i.e., flash card drill in kindergarten) and television saturation at young ages. These sorts of things “create” problem children, she says.

There is a moral component to all of this, of course, but the morality in question is that of the teachers and parents, not that of the student. Which is, I think, precisely what Miss Mason was aiming for.