I really think that Pilgrim already said some of what I would have liked to say about this chapter, except better, of course. I think my favorite point was the one she made about having a home being essential to what it means to be embodied.

But I’m getting ahead of myself.

For those of you who are not reading along, this is the part where Smith begins to debunk American patriotism. Being that Smith is Canadian, and not American, he sees this from the outside, which I can appreciate.

Of course, the temptation here is to push back and debunk his debunking, but I’m not sure that is the way to go. After all, the reason Cindy couldn’t recommend the book is because Smith is debunking — he’s engaging in the exact love-killing reasoning against which C.S. Lewis warned us.

I’m not saying that there is no place for Smith’s take on this issue. After all, I agree that there is a form of patriotism out there that isn’t called by its true name: jingoism.

If all Smith was doing was criticizing jingoism, I’d be right there with him. I do not think a blind, irrational love of anything is very helpful.

But Smith takes it much further. He questions whether a Christian can have an affection for their fatherland at all:

But can there be a “natural” affection for an artificial reality? If there ever was something like a “natural” fatherland {I’m not convinced there was}, the modern nation-state is a long way from such a reality. The makeup of most countries is variegated, often with rather artificial boundaries, and in any case they bring together citizens from around the globe who do not have any natural ties to “blood and soil.” So in addition to being worried about the effects of patriotism as a de facto idolatry, I’m also skeptical about rationales that tried to make such nationalist affection “natural.” Are those who lack such affections somehow unnatural?

Any student of history knows that national boundaries have always been a combination of natural and “artificial” realities. That is life on Planet Earth. The “modern nation-state” has existed for thousands of years. There have been empires as long as there have been enough people to populate them. I do think it is sad that the people of the United States have lost their superior affection for individual states {over the federal/national level}. People used to prefer their state, which was on an easier scale to love, in my opinion.

Patriotism is the golden mean between jingoism on the one hand and unlove on the other, and I’m going to go out on a limb and say that yes someone who lacks such affections is…well, I don’t think unnatural is the word I’d use. Deficient seems more appropriate to me.

I’m reminded of the place in Scripture where Jesus says that if we do not hate father and mother, brother and sister, we cannot be His disciples. Well, what in the world does that mean? I don’t think any of you would think I was acting as His disciple if today I packed up my bags and left my family to fend for themselves. In fact, Scripture later commands husbands to love their wives, and wives to love their husbands and children.

So what on earth is Jesus talking about?

Really, I think He’s talking about ordo amoris, or, at least, we can talk about it in light of these passages. Jesus is saying that by comparison, all other love must be like hate. Love for Him must supersede all else. So, if my husband was to ask me to choose between himself and God, the choice would be obvious.

But hate is not a Christian virtue. Jesus was not actually telling us to hate our families. In context, it makes perfect sense. In that culture, people really did have to break from their families in order to follow Him. This still happens on occasion — we have known people who were cast out by their families when they chose to follow the Lord.

Did these friends hate their families? No. But they did love the Lord more. 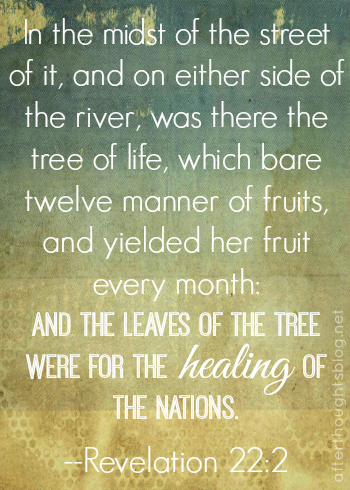 Patriotism is a similar thing. We are not called to lack affection for our Place. Rather, we are called to love God more than that. My few experiences with Christians who pride themselves in a lack of patriotism tells me that it is not true that, in hating their own country, they have come to love more. No. They love less. And they tend to look down upon the poor simpleton who dares to have an affection for such things as cities, states, and nations.

This world does not need more snobbery.

You know what I love? I love the example of patriotism I see in the great men of the past. Of the best of the British Christian kings, whose love for their countries meant that they led like Jesus, sacrificing themselves to work for the best of their people. Patriotism at its best is a wonderful, admirable love, which, like a love for family, does not have to compete with the Gospel anymore than having another baby means I love my existing children any less.

These small loves, like the love of one’s city, are the school of love, where other loves are grown. Because we are creatures of disordered affections, all loves are dangerous. All loves can become an idol. All loves can consume us. But this does not mean that we ought not love. It simply means we must learn to love rightly, with every love in its proper place.

WWW: The Innocence of Father Brown