WWW: The Innocence of Father Brown 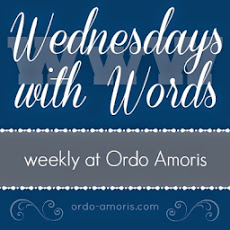 Siah likes me to read aloud to him. But, sometimes, he’s not so keen on my selections. Last year, reading a bunch of Lord Peter stories turned out to be a Big Hit. I didn’t realize he’d like detective novels! So, when he surprised me with a Valentine’s weekend trip away, I decided I’d try Chesterton’s The Innocence of Father Brown and see what he thought.

This, too, meets with his approval!

We’ve read two or three stories so far, and I’m really enjoying him. AO has educated me enough now that I really enjoy all the historical and literary references Chesterton makes throughout. A few years ago, I might have enjoyed the stories, but not understood the half of it. It’s been fun, and now I have another reason to be thankful to AO!

The most incredible thing about miracles is that they happen.

Aristide Valentin was unfathomably French; and the French intelligence is intelligence specially and solely. He was not “a thinking machine”; for that is a brainless phrase of modern fatalism and materialism. A machine only is a machine because it cannot think. But he was a thinking man, and a plain man at the same time. All his wonderful successes, that looked like conjuring, had been gained by plodding logic, by clear and commonplace French thought. The French electrify the world not by starting any paradox, they electrify it by carrying out a truism. They carry a truism so far — as in the French Revolution.

“But, as a matter of fact, another part of my trade, too made me sure you weren’t a priest.”

“What?” asked the thief, almost gaping.

He was one of the great humanitarian French freethinkers; and the only thing wrong with them is that they make mercy even colder than justice.

His head was always most valuable when he had lost it. In such moments he put two and two together and made four million. Often the Catholic Church {which is wedded to common sense} did not approve of it. Often he did not approve of it himself. But it was real inspiration — important at rare crises — when whosoever shall lose his head the same shall save it. 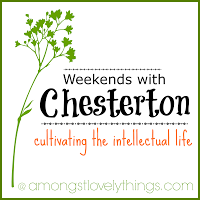 So far: a delight!

Linked to Weekends with Chesterton over at Amongst Lovely Things.