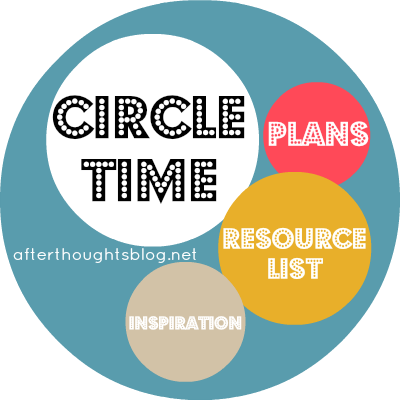 [dropcap]A[/dropcap]s is our wont, we did not do everything we set out to do last year. I really don’t let this get to me. I over-plan on purpose.

Allow me to explain.

If I under-plan, and we finish everything before a term is up, that’s it. We’ll probably read aloud, of course, and we might review what we’ve learned, but that’s all. I won’t add anything to my plans mid-term because I just don’t work that way.

If I plan more than we need, we never run out of stuff. I won’t go find new things to add, but I’ll certainly pull something from my On Deck tab and move it to the front. That’s simple and doesn’t take brain power I don’t have in the middle of the term.

I only mention this because I have recently been informed that women are notorious compare-ers. That is not a word, but it’s an accurate description. {You know you wish it was a word!!} So, if you’re going to compare, no matter what I say about it, you might as well get my full disclosure.

Right about now, I’m mourning the loss of my beautiful Scribd previews I’ve always used. I guess a screenshot will have to suffice: 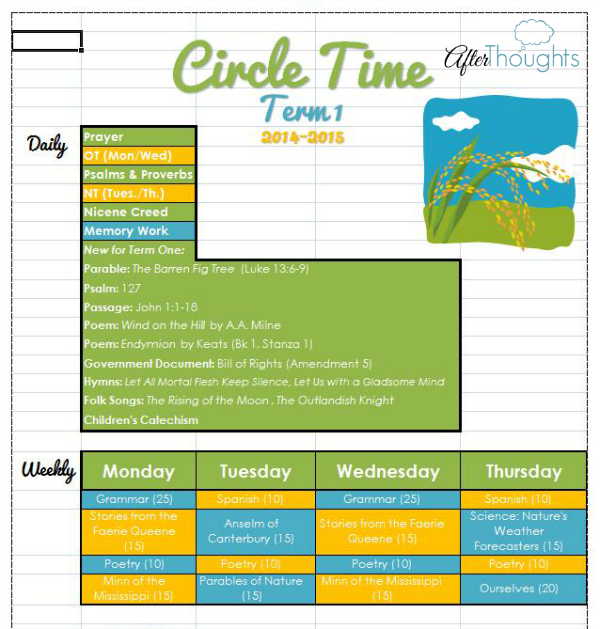 Here is a link to the .pdf file.

Here is a link to the main Circle Time file folder on Drive. I plan to add other things there. Ideally, I’d move my old stuff over from Scribd, but we’ll see if I ever find time for that.

In all, it’s been fun to plan a Circle Time that doesn’t have all the stuff I usually put in — the artist study, composer study, Shakespeare, and the like. It’s got a totally different feel, and I think we’ll all look forward to it. Our enrichment days on Friday will cover all that other stuff {and more}.

I’m curious to see which I end up liking better — the old way, or this new way. In general, I feel like this way is the way it needs to be right now because of having four students and my own inclination to have trouble following through on a normal schedule for Fridays.

Ps. I know that some of you used my old version of Circle Time — my enrichment version — for help planning that sort of thing. I hope to write out my Enrichment Friday plans eventually, but for now, my printables for the 2014-15 AO Term 1 artist study of Fra Angelico are here. 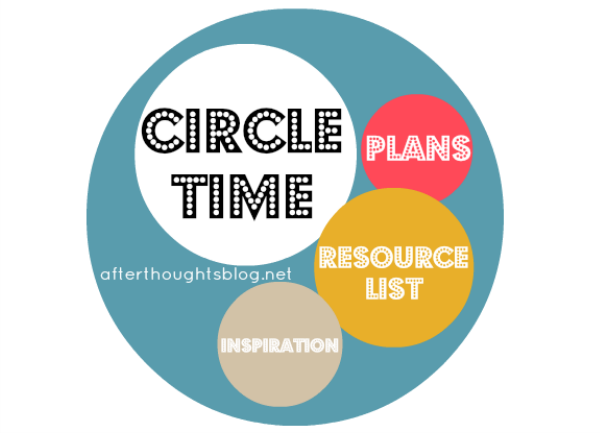 The Grammar of Poetry: To Buy or Not to Buy?