O-Age-Five became O-Age-Six last Friday. I cannot believe that my youngest child is six-years-old. I really can’t. Even though it was tiring, I mostly enjoyed having lots of littles around, so I miss it. On the other hand, I feel like we’re in that sweet spot where no one is really in the throes of puberty and yet we also don’t have any little people throwing food or tantrums. It is almost peaceful.

Of course, I just purchased our first non-adult-use deodorant, so I figure this will last about five weeks. That is barely time to fit in a trip to the beach or something, but I’ll take it.

What are you reading aloud these days? I think I mentioned before that we’re doing Swallows and Amazons for our lunchtime read.

I usually have two going. One is for just the children and I {and usually aimed more at the younger set} and the other is for when Siah is with us, and it’s usually more adult or at least older seeming. It’s read on evenings and sometimes weekends or long drives.

So, our current evening read aloud is Rob Roy. I’ll admit it: it’s just not as good as Ivanhoe, which was the first Scott book we ever read, and is still our favorite. This is hard to get into, and sometimes it still loses me. With that said, we’re persevering because this is famous literature, so there must be something to it, right? If nothing else, it’s an interesting cultural study, and I’ll try to make it up to everyone with a selection that is almost twaddle after this!

Because we aren’t Facebook friends, I like to share here occasionally when I have an interesting week. This week definitely qualifies, at least in regard to A-Age-Nine, who has been in rare form. I think beginning a new school year has been good for her, in a strange sort of way.

— 4 —
In my Grammar of Poetry post, I said that I had only purchased the teacher edition and the student workbook. That is still true, but I also have the DVDs now! The publisher, Romans Road Media, was kind enough to mail me some so that I could take them for a test drive. I’m pretty excited about it. The comments on my original post seemed heavily weighted toward using the DVDs, especially if you don’t know poetry that well.
I’m come a long, long way in my relationship with poetry, but I still don’t know the mechanics very well at all. So my hunch is that the DVDs will be helpful for me. Possibly really, really helpful. I’ll let you know what I think of it once we have done more of it.
— 5 —

And guess what else Romans Road Media sent to me? I seriously feel like it’s Christmas. It’s this:

This is pretty much awesome, and I had never heard of it before until they offered it to me. This DVD set contains 48 lectures on Greek literature, history, and philosophy, which is pretty much one of my favorite subjects. The Epics covers the Illiad and the Odyssey. Drama and Lyric covers a collection of Greek plays and poetry. The Histories covers Herodotus, Thucydides, and Xenophon. And The Philosophers covers selected readings from Plato and Aristotle.
In addition to the lectures, the reading assignments are included as digital texts {!!}, and art is also woven into the presentations. The websites says that this is appropriate for high school or “adult enrichment.” The latter is what we’re going to use it for, at least at first. It’s hard for me to know what I would do with this without going through it first, and my husband happens to love history lectures on DVD. It is one of his many quirks. I mentioned to him that we could start with Epics and see what happens, and he was on board, so that’s what we’re going to do. We did this years ago with an American history course we acquired and it was great fun. And then eventually we let the children use the lectures on the occasional stormy day, which they greatly enjoyed.
— 6 — 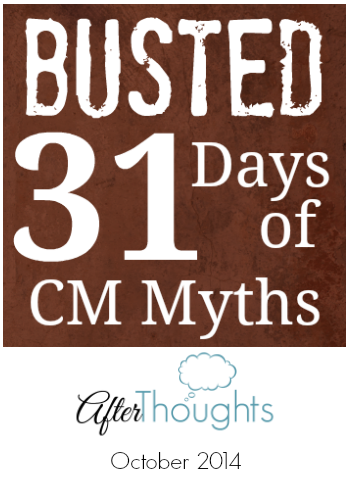 I wasn’t going to do a 31 Days series again this year. I really wasn’t! I even told other people that I was. not. doing. it. Last year was a lot and it wore me out and while I’ve never felt “burned out” on blogging in the almost nine years I have been doing this, that was the closest I’ve ever gotten.

But apparently all I was lacking was inspiration, because once I had a good series idea, I found it irresistible. Like last year, I’m going have a fantastic lineup of guest posters.

In the last year, I’ve become more and more aware of misconceptions that float around out there among homeschoolers in regard to Charlotte Mason and her educational philosophy, and most of it seems to stem from something akin to the Telephone Game. Remember that game? Where you whisper something to someone, and then they whisper to their neighbor, on and on down the line until it gets to the end? And then everyone laughs at the end result?

— 7 —
I’m working on all sorts of things for the blog. It’s been quite enjoyable, and I can’t wait to show it all to you. But one thing at a time. Mystie is teaching me to prioritize.

But first, I plan to have a fun weekend. What are you doing this weekend? Enjoying the final days of summer before they’re gone?

The Racetrack Cake: A Brief Tutorial