Seven Quick Takes: So We Took a Summer Vacation

When I said we were planning a beach trip, I wasn’t kidding. The other times we went to the beach this summer, it was just for the day. Hotels get pricey in the summers around here {like everywhere, I’m guessing}, and since neither of us were raised camping…we don’t camp. Throw tomatoes if you like, but it’s the truth.

Anyhow, last weekend was the first weekend of the lower, non-season hotel rates for our favorite hotel {the one that sleeps all of us at once, instead of requiring us to buy a second room}. Google tells me that the first day of autumn was September 23rd, which was the day we headed home. So technically, this was our summer vacation.

And our trip was awesome. We always take short vacations, since my husband spends most of his vacation days working his second job, meaning we’re used to planning packed days. We left early Sunday morning, and headed to Morro Bay. This is one of our regular haunts. We always start off by meandering around the shops on the main street and viewing Morro Rock from a distance over the harbor. 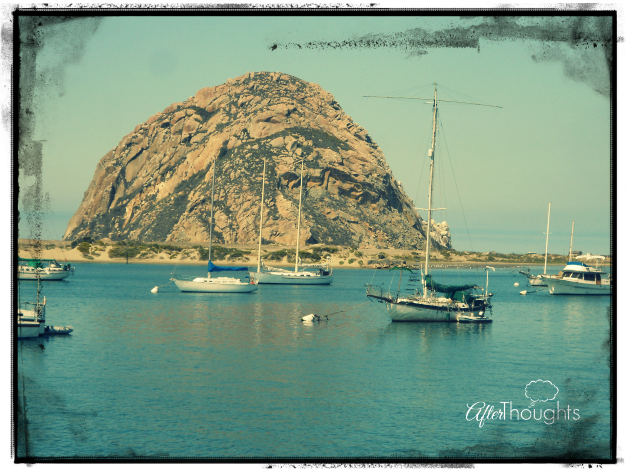 And of course we had to play games in the arcade.

But I didn’t take photos of that.

This time around, Siah took E-Age-Twelve kayaking for an hour while I took the younger children to a nearby natural history museum. The docent was full of information on where to go to see humpback whales migrating, and where the sea otter currently raising a pup could be found. I basically learned that if you want to know about wildlife sighting, go ask the docent. It’s totally worth the three bucks to get in!

Plus, he lent us binoculars so that we could see this: 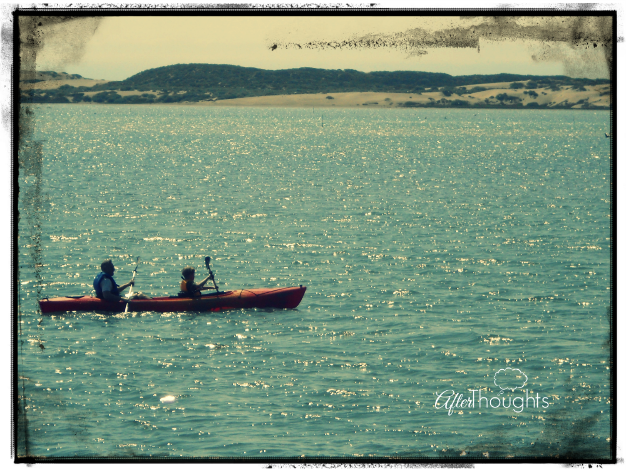 We still had time to kill after the museum, so we went down to the shore. This was pretty exciting. First, we saw a long-billed curlew in real life for the first time in the history of Ever. 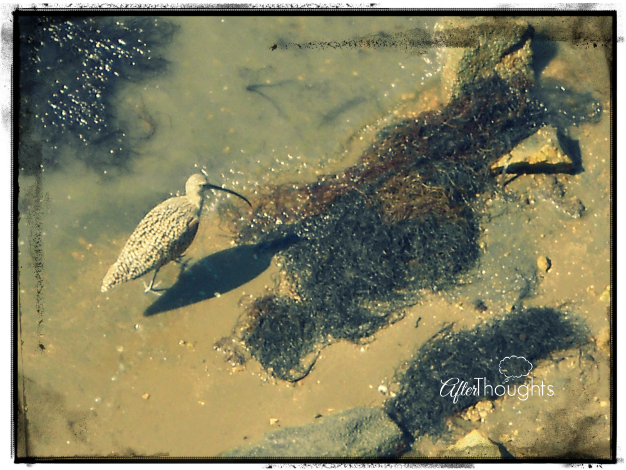 Also, we found a collection of rocks under which crabs apparently like to hide. When we lifted them up, they went scrambling to hide again, sort of like {dare I say it?} a cockroach.

But the best part is always the view from the top of the hike. 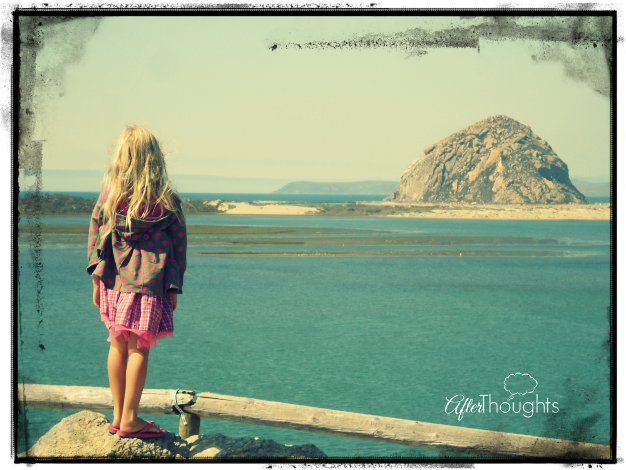 I should have braided her hair before the hike. It only took five million hours to brush out all the tangles.

On Monday, we went to Avila, my favorite place in the whole world. I go there regularly, and what I love is the weather. It’s always breezy, without blowing sand in your face. The marine layer tends to burn off in Avila first, so it’s warm even when other nearby beaches are cold. The boardwalk is beautiful and clean. What’s not to like?

Avila is usually very tame, though. You’ll see a few types of herons, and of course gulls and pelicans. But never, ever have I seen this: 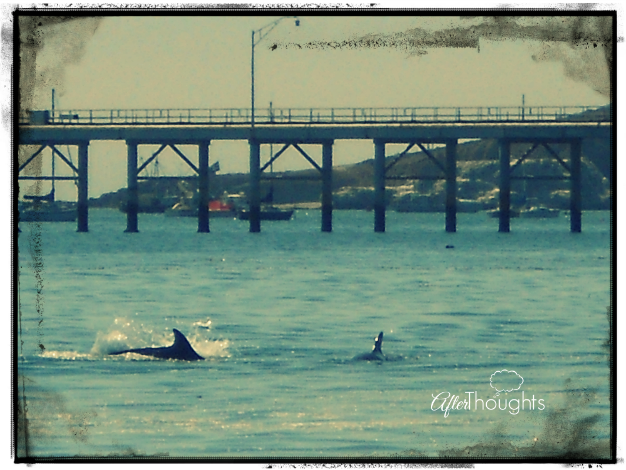 Um. Yes. Can you tell how close to shore they are? They were crazy close! We ran out there, sure that if we didn’t make it to the shore quickly, they’d leave.

They were there the whole time we were there. It was around six or eight of them total. There must have been a school of fish close to shore because they were obviously eating something. They did front flips and back flips and one even stood on his tail briefly.

After over an hour of watching them, they came super close, and that was when Siah and E-Age-Twelve decided they couldn’t stand it any longer. They just had to swim out to them.

And so they did. 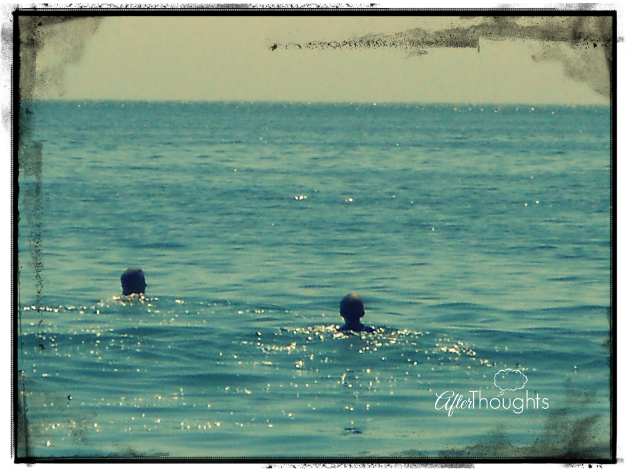 They got within thirty of forty feet of them. I, of course, was terrified the entire time they were out there. I kept thinking about how dolphins are shark food. But it went fine, and now they have a story to tell.
— 7 —
We had other adventures, of course. There was good food. 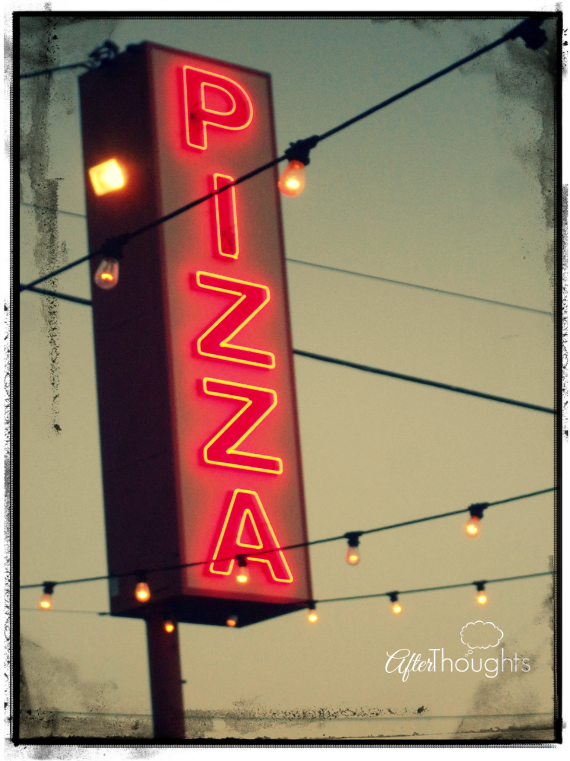 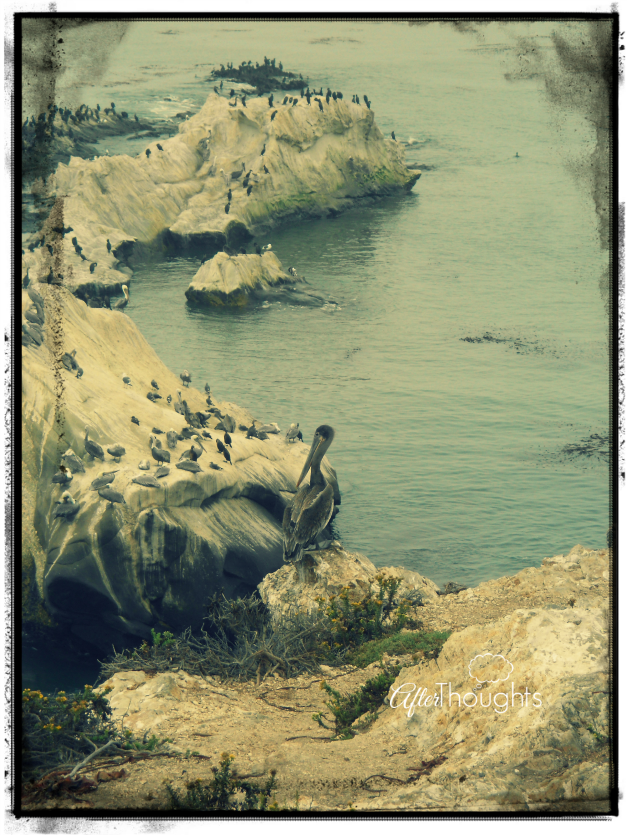 The hard part, of course, was coming home.

And that is all for this Friday. I hope you all are having a wonderful weekend!

How She Learns: My Personal Continuing Education Journey