[dropcap]E[/dropcap]-Age-Twelve keeps a list of all the books he reads each year. Off and on, he goes through his list and puts a star beside his favorite, which gives me a strong list of favorites to share with you all each January. I always enjoy seeing not only what he’s read, but what he likes the best. It’s a window into his interests and thoughts, I think, and I highly suggest having children keep lists when they are old enough. 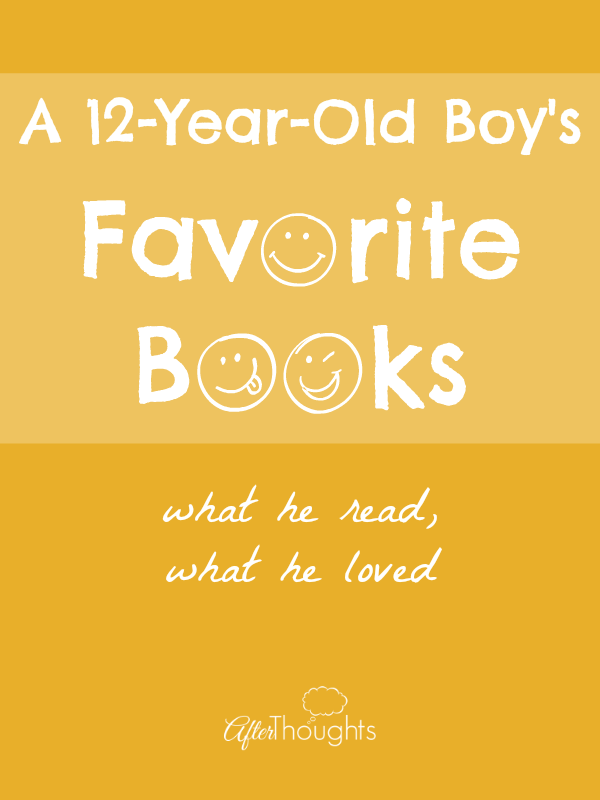 Rosemary Sutcliff is almost always a win. This particular title take place in eighth century Britain and is filled with Saxon young men training for battle, daring, adventure…basically everything boys love in a book.

Like a lot of titles by Marguerie De Angeli, this book is out of print, hard to come bay, and sometimes expensive. But, if you can get your hands on a copy, it is totally. worth. it. The setting is the Scottish coast and the name of the game is, again, adventure. This one won a Newbery in the 50s, I believe.

I guess women write awesome books for boys? I say this because the author of this book is Elizabeth George Speare, so we’re three for three so far. Another Newbery winner, this one takes place in the time of Jesus Christ. The boy Daniel is changed by his encounter with Christ, who helps him stop hating the Romans. Also: action and adventure. Of course.

I didn’t realize this book was part of a series when I picked it up at a used bookstore. All I knew was that I had enjoyed Madeline L’Engle as a girl, and I thought my son might enjoy it, too. I read it first, since I was unfamiliar with the title, and thought it fine. He really liked it. It reads like a mystery novel, I think.

Yay! A man! 🙂 This was his first Jack London, I believe. This was basically a nature study book, minus all the serenity.

The Gentleman from Indiana

I was surprised this made the list because he doesn’t usually like Booth Tarkington very much. I would say he tolerates Booth Tarkington. But this book was different, for some reason. It’s a story about love and a political campaign. Yes, at the same time.

This is another out-of-print and hard-to-find book. But it’s quite inexpensive. I picked it up on a whim in a used book store, and he simply ate it up.

A Knight of the White Cross

This final favorite is by G.A. Henty. Like always, it’s well researched. There’s an abundance of action and adventure, but quite a lot of real history learning, too.

The Necessity of a Broad and Generous Curriculum