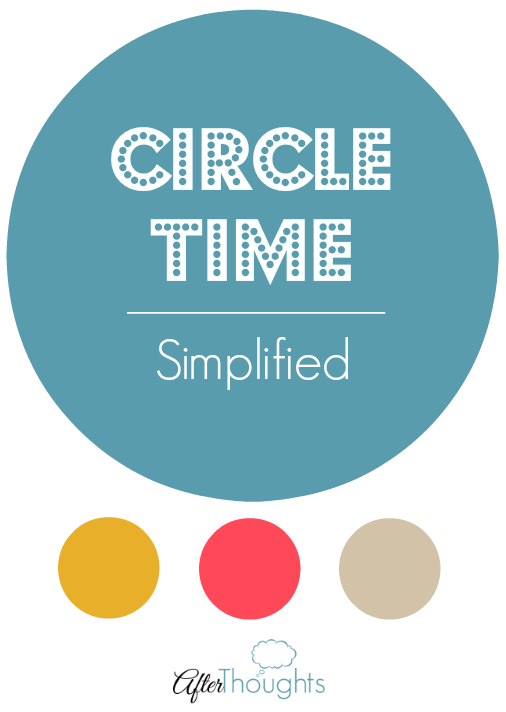 [dropcap]T[/dropcap]his year is the first time in all of our seven years doing this that I have decided to admit that Circle Time is very hard for me during the second term. It seems like Stuff Happens during Term 2. And it isn’t just kidding season, though that is part of it. We catch colds or we have extra things in the schedule or…I don’t know. But I always end up feeling like we missed a lot.

Now, you all know that I over-plan on purpose, so that I don’t have to make decisions mid-term about what to do next if we finish something. But even though I know I over-plan, I am still likely to have that sense of failure after the second term.

So this year, I decided to cut back for Term 2. The best thing about this is that whenever I place this sort of limitation, I have to make choices and choices mean that I’m identifying what is most important.

We are still sticking to our Enrichment Friday for things like composer and artist study. That worked really well for us and we all looked forward to Fridays, so that’s a good sign.

In other news, all the reading we’ve done this year on weather got my oldest very interested and he asked for and received a barometer for Christmas. He has been more correct than the weather forecast twice since then! 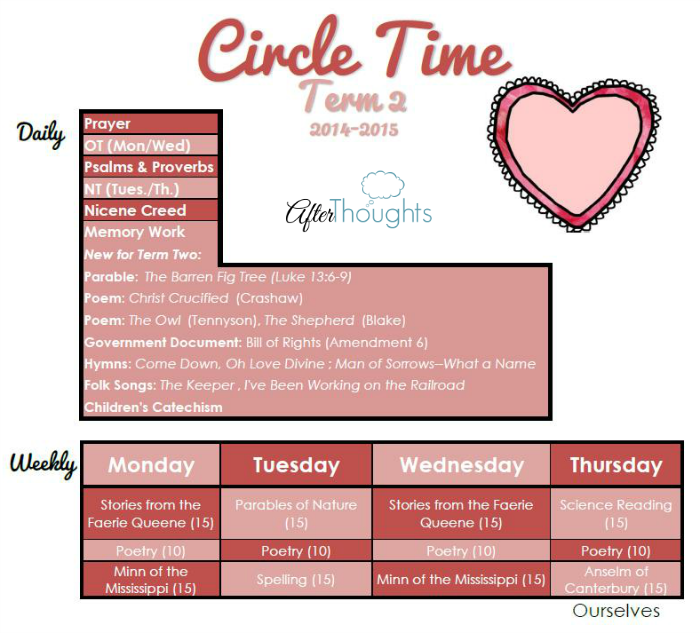 What Did I Cut?

First, we’re doing far less memory work. We’re doing enough to keep everyone interested, but I’ve noticed that my two younger students are missing a lot of the knowledge my older students have, so I’m focusing on review this time around.

I cut Spanish. I wish I had a good excuse for this, but at the end of the day, teaching Spanish is not my forte. That is not a good reason to cut things, but since I needed to cut things, it was something obvious to cut. We’ll come back to it.

I also cut back by moving some things out of Circle Time and into other parts of our day.

I am thinking specifically of grammar. Some of you have been asking about this, and I keep intending to do a separate post, but I think I’ll just explain it here. I really wanted to do grammar at the table during Circle Time with all of my students together a la Cindy Rollins. I may still pull this off when more of my students are of age for grammar. But my first two children are three years apart and after one term, I’ve given it up. It is not working. I feel like I’m not challenging my son while not getting anything into my daughter’s head about grammar at all.

So we’re going back to KISS grammar because that is what has worked for me in the past. I use the printable workbooks. I’m going to use the Second Grade, Level 1 book with my daughter, and have my son work his way through  Sixth Grade, Level 2. He can basically teach himself using the instruction in the workbook, so I’ll just be there to check his work or explain anything he doesn’t understand. I was never taught formal grammar in school and so his knowledge is about on par with mine at this point.

One thing that probably doesn’t look like cutting back, because it isn’t immediately obvious, is that my oldest does not have to be present for the daily readings on Tuesday. He will leave right after the memory work. Because he has a logic class on Tuesdays, we often find ourselves rushing, which is something I try to avoid. By letting him go early on that day, I’m hoping to smooth that problem a bit.

Here are all the books and things I’m using with my Circle Time plans:

It was actually a DM conversation with @shareablec