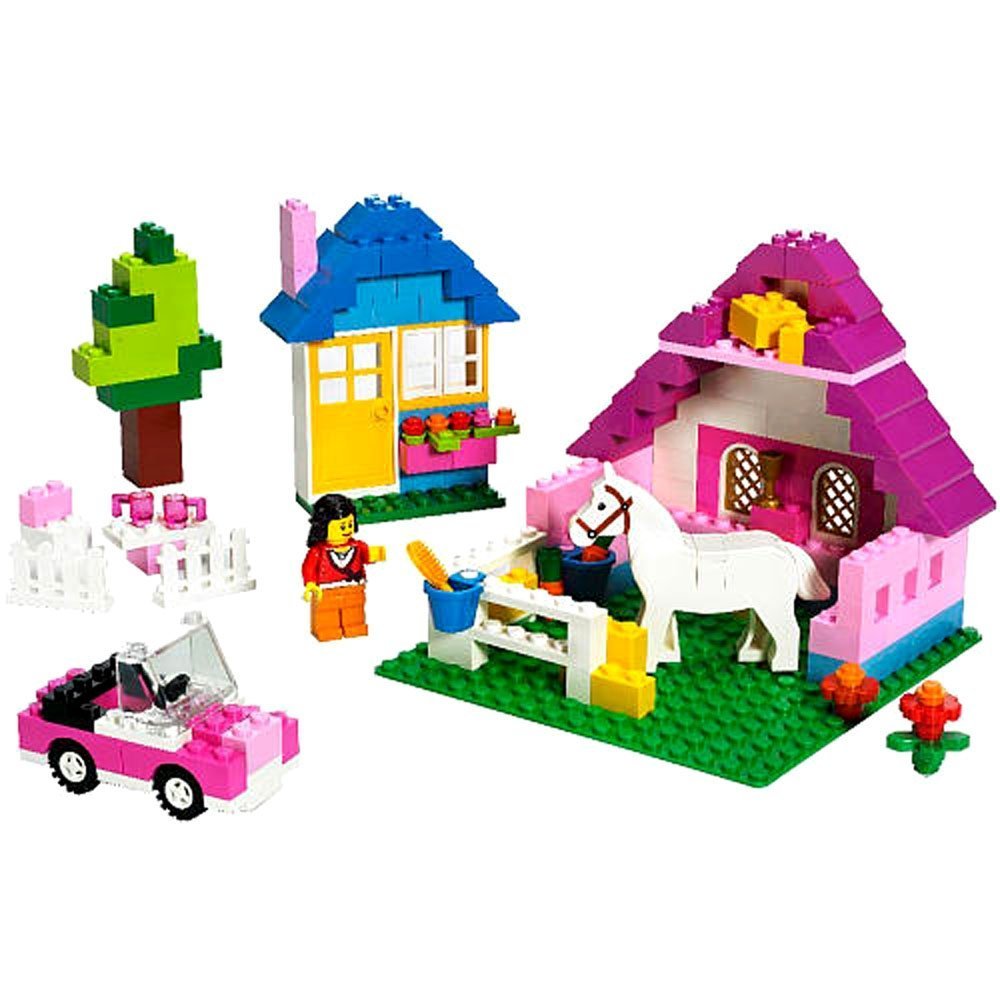 Girl Legos are all the rage around here right now. Q-Age-Eight was given some by her great grandparents for her birthday. It’s become a bit of an obsession, I think. O-Age-Six likes to bring his Lego box out, too, but his are emphatically not allowed to touch hers. “Pink means they are for girls,” she explains.

A-Age-Nine owns the Lego horse show set, so she gets in on the action as well. I so enjoy watching them play together nicely!

This past weekend, I finally got Siah to watch Mom’s Night Out with me. He gave me a lot of grief over the mommy blogger theme, but I forgive him. I had forgotten how hilarious that movie is. And more to the point: I get tired of sappy Christian movies.

There. I said it.

I’ve decided Christians should make more comedies. Seriously, it’s a better use of our time and artistry.

Have you seen this movie? What’s your favorite line? I’m leaning towards the time when Trace Adkins starts telling someone about something he saw on Pinterest.

This past week, The Green Ember was free for Kindle. I don’t know if it is still free today or not. I haven’t checked. But I’ve heard this book mentioned around the Internets and have been wanting to know what all the fuss is about. I hesitate to purchase hard copies of unproven books, so this is a chance for me to decide before buying. If it’s good, I’ll need a copy for the family library, of course.

Mystie and I were talking the other day about how some books help you read other books. I remember when I first read Charlotte Mason. I started with Volume I: Home Education. And, oh, how I got mired in the chapter on life out-of-doors! I mean, yes, I got the point: going outside is good and even important for young children. But it felt like it went on and on and I had just had my second child and the combination of Mommy Brain and not having read much over the previous three or four years meant that much of it was also over my head.

I read the whole book, but remembered very little other than the necessity of going outside.

It’s important to keep reading, and to revisit the hard books again. We never know what can happen.

So we’re done with the preventing homeschool burnout series, and I thought I’d add one last thought. Another thing that starts to give me that burnout feeling is too much isolation. This sort of ties in with the Vitamin D thing we talked about last week because often winter isolation is caused by sickness in either myself or my children {this year has been another good year overall, praise the Lord}. In 2013, we were isolated for a very long time because my children came down with chicken pox in November, which meant about three weeks of isolation, and then after that they seemed to catch everything.

Anyhow, a big help for me is going out with friends. Sometimes, I have met friends at the park with children in tow, and other times we go out in the evening. My local CM groups are an outlet for this. Simply being with others is a great relief, I think.

Preventing Homeschool Burnout: Mix it Up

The Non-crafty Mom’s Guide to Handicrafts