I just ordered this book: 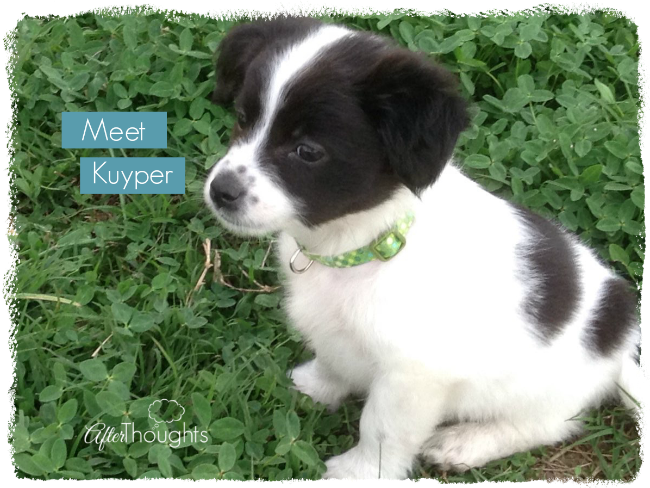 Yes. That’s right. I gave my husband a puppy.

So here’s the deal. When he was a child, my husband always wanted a dog, but he was never allowed to have one. So as the years have gone by, and we’ve had various animals, my husband has mentioned off and on that he’d like to have a dog “someday.” I wasn’t really into getting a dog because I know how much trouble they are if you are going to train them right, and I am sort of busy, as you might guess.

But one day, my husband was going on and on about he never had a dog and I realized this wasn’t a passing thing. This was a Thing. He really wanted a dog. So when my friend {Hi, Michele!} showed me puppy photos at our last CM group meeting, and told me she was giving them away for free, and I saw that they were black and white, exactly like my husband dreamed of, I just knew that this was the dog for him.

So I said I’d take one. I was going to give it to him for our anniversary {which is in May}, but the children got a little upset about not being involved that way, so we decided to tell him this was a super-early Father’s Day gift.

And you know what?

I totally just won Wife of the Year.

Giving him that puppy was amazing. I couldn’t believe how happy he looked. It was great.

So now, in addition to two rabbits, a desert tortoise, and a varying number of goats {as of right now, we have three adults and one baby }, we have a dog. 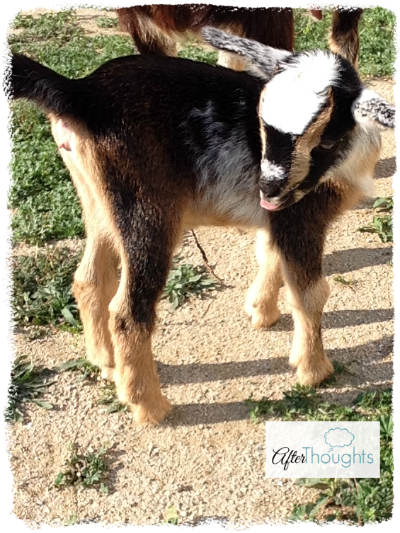 The day after I gave him the puppy, kidding season started. If I were smarter, I wouldn’t have planned to be doing puppy training all night while also getting up early with a new mama goat. I don’t usually drink coffee, but I had two cups on Tuesday in order to get through it all.

It’s a girl! Isn’t she lovely?

Her name is Snowdrop. 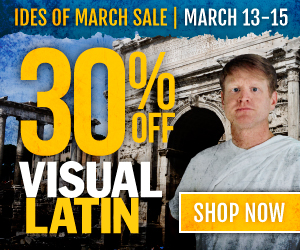 We love Visual Latin, as you know. Right now, we use it in combination with Henle.

This past weekend, we watched the movie Belle. Oh my goodness. I wasn’t sure what to expect with it, but I really, really liked it. In fact, I highly recommend it.

Whenever I watch movies like this, I am just fascinated with the politics of marriage in England. I doubt it is still like this, at least to this extreme, but this idea of marrying “above” you or “beneath” you is interesting. I mean, here we do talk about marrying to a good match, but this is a totally different animal.

When Naps Are a Thing of the Past