Don’t Get Your Head Turned

We assume that new solutions are needed
if we want to make real progress,
but that isn’t always the case.

[dropcap]I[/dropcap]’m at the point where I’m writing pep talks to myself,” I said to her. I think she thought I was joking, but I was serious. I had written most of this post the day before I told her this. Two different people had referred me to this article, which ended up being full of the sorts of things I needed to hear at the time. It’s true what the articles says, you know: “Mastering the fundamentals isn’t sexy, but it works.” 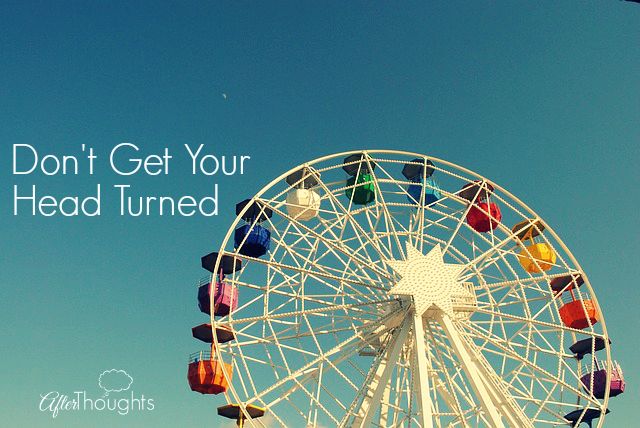 The article tells the story of hospitals that significantly lowered their ICU infection rates by deliberately doing what they knew they ought to be doing in the first place. They took note of the accepted steps to proper sanitation, made a checklist, and followed it religiously. No new technology or technique required. Just boring old application of known wisdom.

So naturally I was thinking about this in regard to homeschooling.

When things aren’t working for us, it’s very tempting to start checking out everyone else’s grass. That mom over there, for example, has the latest i-Thingie, and the apps are teaching her children for her, and isn’t that stunning? And that mom over there has her kids in the latest and greatest co-op, and they can diagram a sentence aloud, before an audience, without getting nervous.

And here we are feeling not very impressive.

It’s not that there is never a time for innovation. It’s just that sometimes the “problem” has more to do with not doing what we know to do than needing a new solution.

Most problems have already been solved, after all.

In fact, isn’t this how we got our education into the state it is in in the first place? By deciding that innovation — rather than faithfulness — was the solution to the educational problem?

Truth is, the answers have been there for millennia, but most people aren’t willing to follow the checklist, so to speak.

Does this not remind you of that famous quip from Chesterton?

The Christian ideal has not been tried and found wanting; it has been found difficult and left untried.

Sometimes it is easier to be faithful in the big things than in the small things. The big things, after all, have their bigness going for them. They’re flashy; they feel important. Buying impressive new technology and downloading really cool apps feels like a door opening to endless possibilities while teaching the math lesson every morning, narrating each reading, and doing our copywork doesn’t feel like much.

But it’s the little things, as they say.

The big things have their place, but it’s not from big things that we fashion our lives. Nope. Life is made up of the small stuff. The minutia. Our success — however we define that — is often determined by the millions of little steps taken rather than the occasional dangerous leap. And, really, our ability to survive the leap is determined by who we became in the process of taking the daily steps.

The funny thing about James Clear telling the hospital story is that it was told about a hundred years ago by Charlotte Mason, history being doomed to repeat itself and all that.

The reader will say with truth, — “I knew all this before and have always acted more or less on these principles”; and I can only point to the unusual results we obtain through adhering not ‘more or less,’ but strictly to the principles and practices I have indicated. I suppose the difficulties are of the sort that Lister had to contend with; every surgeon knew that his instruments and appurtenances should be kept clean, but the saving of millions of lives has resulted from the adoption of the great surgeon’s antiseptic treatment; that is from the substitution of exact principles scrupulously applied for the rather casual ‘more or less’ methods of earlier days.

Trying to tell someone what we are doing in giving our children a classical, Charlotte Mason education often feels like an exercise in futility. We say “we read and then follow up with narration and conversation,” and while that method reaches far back to the very dawn of educational philosophy, we’re often greeted with a blank stare and a question about “what else for language arts.”

The thing is, the principles are sound. Sometimes, however, we’re implementing them through hit-and-miss practice — we are rather guilty of the “more or less” imprecision Miss Mason was concerned about.

It’s springtime, and sometimes it is hard to be self-disciplined. And people are starting to talk about shiny curriculum catalogs and conferences and planning for next year and and and. It is so easy to get your head turned.

But let’s not grow weary at the end. Easter was early this year, after all.

Teach the math. Do the copywork. Narrate. And all the rest.