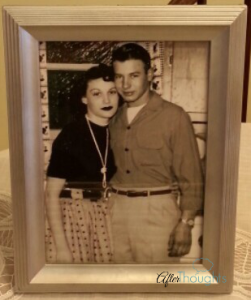 the happy couple shortly before they married

Saturday was my grandparents’ 60th wedding anniversary party. It was so much fun, looking at old photos of them from across the years. My father made the astounding revelation that he had known them for 45 years, and been their son-in-law for 43 of them, and my mind almost couldn’t fathom that he met them when they were my age. It reminded me of that moment in Understood Betsy when Betsy realizes the desks in her schoolroom were once occupied by the aged people in her life. 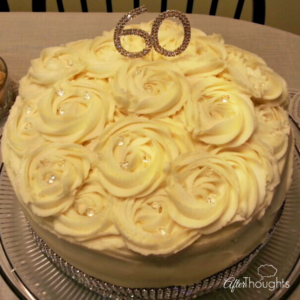 I was privileged to make their cake for the party. This was possibly the most fun I’ve ever had making a cake. To be honest, I really like making cakes for adults so that I can focus on gorgeous rather than fun. I’ll give a quick tutorial, for those of you who relish that sort of thing.

It’s a simple cake, really. I smoothed the sides and then piled the rosettes high on top — layering the rosettes to give it more of a bouquet feel than the standard look of even coverage.

After that, I added all the goodies to really make it pop. First, before the frosting was dry, I added a rhinestone belt around the bottom. I loved the sleek look when compared with my usual approach of a flowery frosting border.

Of course a 60th anniversary cake isn’t complete without sparkly numbers on top, and I loved the unobtrusive size of this particular one I chose. I always decorate my cakes the day before the event. Among other things, the frosting has time to set. Once it hardened up, I was able to add the finishing touch: sugar diamonds. I put two or three into each rosette and it just added that little bit of sparkle that seemed important for a diamond anniversary. You have to be careful with these; if they touch moisture, they can turn white. On top of hardened frosting, they were just perfect!

Pam’s been doing an audio series on homeschool methods. I was able to represent the Charlotte Mason philosophy, and the recording just went live today. Head on over and check it out! 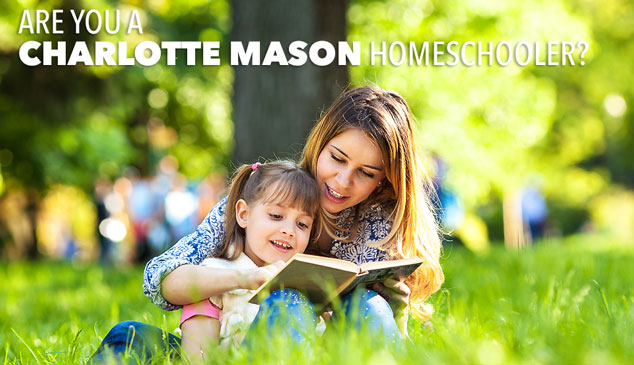 Next week is our fourteenth anniversary. Yes, it’s marriage’s acne-ridden awkward stage. 😉 To celebrate, we purchased a couch set. For those of you who already have a couch set, this might seem like nothing, but to us, this is huge. When we first married, Siah’s father gave us his couches, because he was buying new ones. Possibly, they were already ten years old. I liked them a lot, but sometime after our tenth anniversary, they started coming apart at the seams. Literally. I saved for a while, and when I had $500, I bought a couch set on Craigslist because it was all I could afford, I liked the look, and our current couch was almost unfit for a college dorm room {which, incidentally, is where it went to live when it left us}. Purchasing these was probably a mistake. They were microfiber, and quickly became no-fiber, which is something I don’t generally recommend in a couch. They did not hold up at all to four children. Do you see the gray areas? That is where there is no fiber left and we were sitting on something that seemed like plastic that was what the microfiber was supposed to hold onto.

I scrimped and saved for a long time. I was doing pretty well at this until last fall when the Suburban’s brakes caught on fire in the mountains and our Emergency Fund hadn’t yet recovered from the spring’s obligatory transmission replacement and so I had to use a portion of my couch money to help pay for the brakes.

But enough of my sob story. My extended family knew I wanted a couch, and so for my birthday and Christmas, people kept giving me cash. I saved up every single fifty dollar bill. This was serious business. 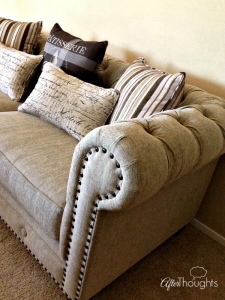 In March, I had enough to go shopping and figure out what I wanted to buy {a Chesterfield, of course, but which one was the question}. It wasn’t enough to purchase, but it was enough to make a decision and find out how much more I needed to save. That was when Siah surprised me by telling me that he had saved a little money himself and was going to pay the difference.

So we ordered a couch. Friend R. had to help me pick the colors because I am incompetent like that. I paid her in Starbucks, and we made a fun morning of it.

And this week, just days before our actual anniversary, it arrived!

It looked like this photo on the right for approximately thirty seconds, and then the children covered it in books.

Here’s a new feature for Seven Quick Takes that I plan to do off and on.  I call it “This Month in [year whatever].” So, for example, this one would be called “This Month in 2008” and I’ll link to a post I wrote in April of that year. It’s been fun for me to look back and see how far we’ve come in the almost ten years I’ve been writing this blog. In 2008, I was pregnant with Son O., Daughter Q. was just a baby, Daughter A. was newly three, and E-Age-Twelve was finishing up his kindergarten year.

This particular post, interestingly enough, is still true. We still try not to travel, and I have even more stories I could tell than were included in that post {please see “brakes fire” above}.

So here it is…

On the Intersection of Personhood and Individuality