My two oldest children did the first of two weeks of music camp this week. Oh. my. word. I love the camp — I have no complaints. But I have realized through this that I am not cut out to be a school parent.

And since I’m making confessions, I might as well mention that I have never been good at portable food.

This week was a really hard week for one of my children. This has caused me to be a bit scarce around here — and Behind on Things — which might happen again next week, so please bear with me. Some things are more important than Business As Usual. 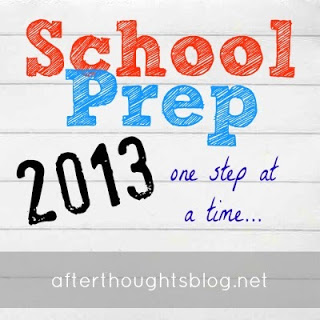 It’s a simple little post, really, about how I prepared poetry for my students using only my computer, the internet, and a printer. Click here to read it.

I don’t have a photo of this {see Take 2: “behind on things” above}, but I’m loving my new “On Deck” shelf in the office. This is where I’m putting all the books that we don’t need for Term 1, but do need sometime during the year. I have everything in one place, and I won’t need to go hunting all over the house for books when it’s time to switch titles out at term. So. Exciting. It’s the little things, you know?

I think Gelsemium 30 is my new favorite homeopathic remedy. I say this because I have had much cause to thank God for it this week. One of my children is painfully shy, and this child was really, really struggling at music camp {see Take 2: “really hard week” above}. There were a number of issues converging, but one was simply anxiety. Saying memory verses in front of people can be really nerve wracking if you’re shy and don’t know anyone in your group at camp. Or, at least, I’ve been told that this is true.

A couple of my friends in my study group reminded me that Gelsemium is considered a stage fright remedy. I hadn’t really thought about this being a case of stage fright, but I suppose that if you are really self-conscious, the whole world’s a stage, and all of it makes you nervous. Anyhow, said child has been doing much better since we started it. I’m offering a dose in the car on the way there, and then another dose right before they all go in. This has enabled the child to remember the daily memory verse — before the nerves were too much.

My husband {aka “Devils’ Advocate”} asked me if I thought it was a placebo effect. I told him I don’t care. 😉 Dumbo’s feather might have been a placebo, but the fact remains that he did in fact learn to fly. Ha. {Personally, I think it works, because everything I’ve learned so far works as long as I’m doing it correctly.}

The Liberal Arts and the Justification of Knowledge