Arithmetic as a Liberal Art

[dropcap]I[/dropcap]t is possible that the section on arithmetic will end up being my favorite out of all of The Liberal Arts Tradition. I honestly think that it is worth buying the book if only to read this one section — and I say this even though I have loved all of the book thus far! I think that, perhaps, it is because I am always praying that I will reach my math-resistant student with these 4 W’s that Ravi Jain is speaking of here — that we can bring together so much wonder, worship, and wisdom, that she would be willing to commit to the work, even though it is so hard for her. 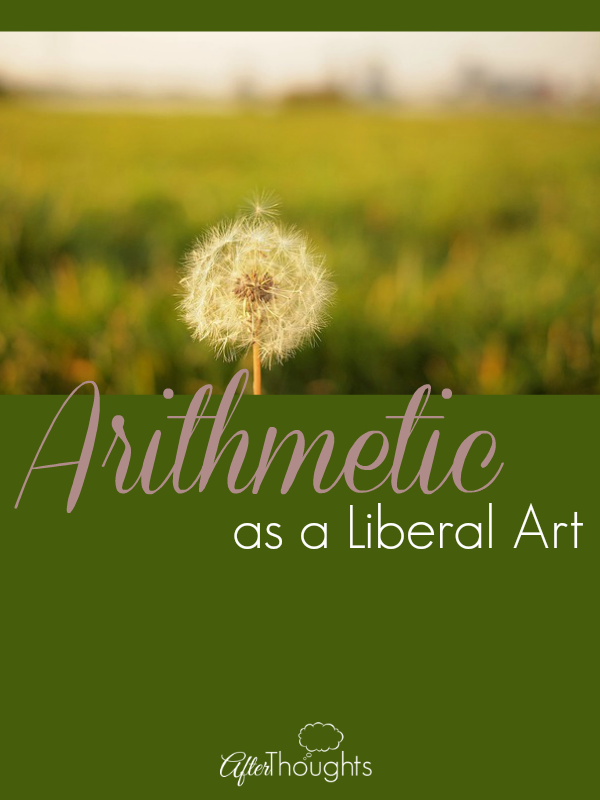 I am not even going to attempt to summarize Mr. Jain’s discussion of the relationship between mathematics and the Trinity. Go. read. it. That is all I can say.

But we will get into the practical details, because the real purpose of this series is to, as you recall, compare the philosophy and practices of The Liberal Arts Tradition with those of Charlotte Mason — because I think they are overwhelmingly similar.

This book is not a practical book — it’s mostly a philosophy. But still, there are some nuggets we can work with: 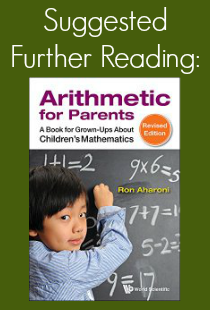 {yes, I am still reading this book}

While I often think that Miss Mason did not go far enough in regard to math — how I wish she had waxed eloquent about its wonders! — still, she understood these basics, and it’s reflected in her practices and also what she wrote. For example, Miss Mason believed that mathematics was badly taught mainly because teachers did not spend time teaching the “Captain ideas” — the very ideas which would inspire wonder.

Another idea of Miss Mason was to demonstrate everything demonstrable:

The child may learn the multiplication-table and do a subtraction sum without any insight into the rationale of either. He may even become a good arithmetician, applying rules aptly, without seeing the reason of them; but arithmetic becomes an elementary mathematical training only in so far as the reason why of every process is clear to the child. 2 + 2 = 4, is a self-evident fact, admitting of little demonstration; but 4 x 7 = 28 may be proved.

In fact the demonstration — the understanding — was supposed to precede the drill. This means that, technically, the memorization was not rote. An example comes from Mary Boole’s article from Parents’ Review Magazine {edited by Miss Mason} back in 1893:

No child should use a multiplication table until he has made one. Rule wide squares, and write the heading numbers. Give the child, as addition sums, two 2’s to add together, then two 3’s, two 4’s, &c. Let him write the result of each of these additions into its proper square of the table. He may take many weeks or months to complete it. He may begin to learn by heart the easy rows before he has filled in the more difficult ones. Let him learn from the copy which he has himself make.

In general, I think that perhaps the most important idea we can get into our heads is that doing math well but without understanding is not doing it as a liberal art. It is the understanding that brings the freedom — and freedom is why the liberal arts are called “liberal.” This is why I think Tammy’s requirement that math be narrated — even though I so often fail to remember to do this! — is so important.