I’ve had some people ask me about dealing with little girls who have curly hair. They must be asking me this because of my curly hair — my girls have straight hair. Anyhow, if you are a straight-haired woman raising a curly-headed daughter, it really is important that you understand that curly hair requires a very different kind of care. Tip #1: Don’t brush it! I use a pick to get tangles out after a shower, but other than that, brushing is dangerous. Blow dryers? Similarly dangerous {unless you’re straightening}, if you don’t know what you’re doing. So do yourself a favor, and start with the best beginner’s guide to curly hair ever.

So my awesome kids went and lost the CD for Song School Latin. You can imagine how thrilled I was about this, and so we didn’t do Latin for a while because I was waiting for it to turn up. But up it did not turn! {←Latin sentence construction, people!! Check it out!}

I was trying to decide what to do about this because it was only going okay with Song School. While it went really super well the first time I used it years ago, I just wasn’t thrilled with it. It’s not really a curriculum problem, but more of an execution problem. I chose to put Latin into Circle Time this year — not for my junior higher, but for my other children. I thought that Song School would work for my needs {because I’m a CM foreign language slacker, as you know}, but after one half-term I’d say I was only ho hum about it.

Anyhow, I somehow found out that Phyllis was using I Speak Latin, and I thought I’d check it out since I was apparently in the market. Can I just say fantabulous? I’m way excited. I was trying to turn Song School into an oral {or at least mostly oral} curriculum, but this is designed that way — it can be oral, or oral plus written, depending on your needs. It’s based on Total Physical Response — so, for example, the first lesson involves giving commands to the students — telling them to sit or stand, etc. We’ve only done a little bit of it so far, but it is a much better fit for Circle Time, and I think it’ll lead into my overall Latin plan of using Visual Latin to lead into Lingua Latina quite well. 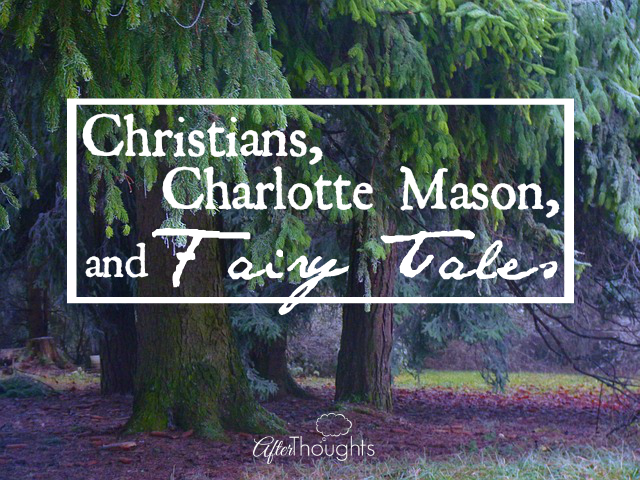 I was running my 31 Days of Charlotte Mason series, and this was Wendi Capehart’s contribution … one of my favorites!

I have been a laundry ninja this week. It all comes from cleaning out all the outgrown clothing, which all come of participating in our semi-annual local consignment sale. The number one reason to participate in something like that is to have a deadline by which you have to clean out your house — twice a year, even! It gets me to do something I would otherwise put off for umpteen years. So anyhow, getting rid of the outgrown clothes led to the discovery of the winter clothes, which led to the discovery that they were in need of a good washing, and so wash them I did.

This had a point, but I forgot what it was.

Who is the grandmother? This is the most important question you could ask yourself about now if you are using AmblesideOnline Year 3 and reading aloud {or pre-reading} The Princess and the Goblin. George MacDonald is awesome, but not very obvious.  The grandmother is real, but Curdie has to believe without seeing in chapter 22. What the heck?

Chapter 22 is a pretty important chapter, what with Irene no longer doubting that her grandmother is real, and learning to follow her wherever her thread might lead, even if it doesn’t seem quite safe or correct.

But before this, chapter 14 was very instructive as well. At that point, we already knew that the grandmother has the power to heal, and also that she is very ancient while looking simultaneously both old and young — in fact, she implies that she hopes to someday be two thousand years old! The old lady leads Irene home with a light by which she can see her path and avoid bad falls. The fire in her room is no ordinary fire, but a bouquet of roses glowing between two cherubs, filling the room with the scent of incense. This fire can clean a soiled garment, if the wearer can stand the heat. The grandmother has spent much time spinning a fine thread, and she has attached it to a ring. By this thread, she will lead Irene in times of need.

This book, my friends, is not a mere fairy tale — but if you miss the identity of the grandmother, you miss everything. Anyone want to venture a guess?

An Example of Written Narration