[dropcap]E[/dropcap]ach year, Son-E keeps a list of the books he reads on his own, and then I type it up and share it here. This year, we’re going to do things a bit differently. I’m only going to share his absolute favorites. You see, I sort of assign some of his free reading books — I say sort of because I provide a pile, and he has to choose some from that pile. He also chooses his own books, of course, but there are books I want to make sure he takes notice of before he graduates, even though we’re not going to “study” them.

Anyhow, some of these books are books that I gave to him in his pile, while others were books he chose on his own. Their origin doesn’t matter so much as their status — these were the books he loved. Some of them, I totally could have predicted. A couple of the others surprised me. Either way, I love typing up his list each year, so I hope you enjoy it, too. 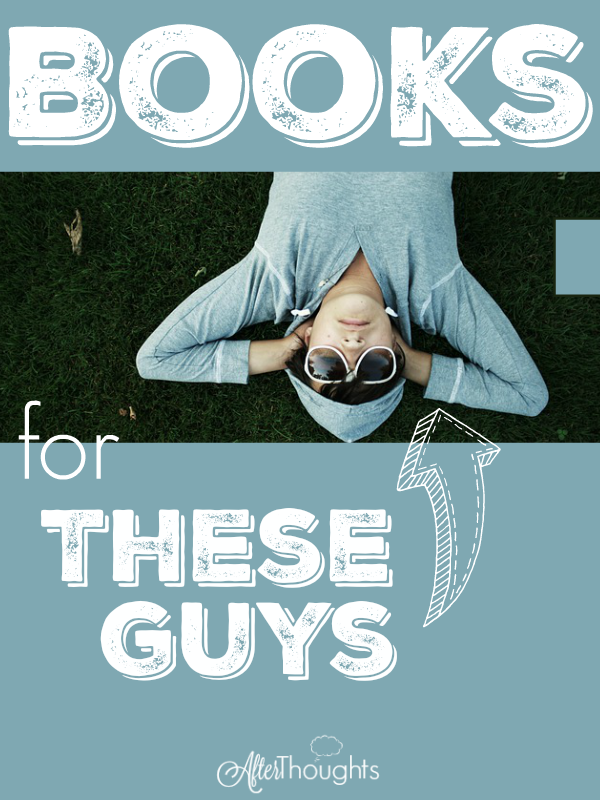 Yes, it’s a trilogy, and they all made the list. It’s science fiction by John Christopher.

2. The first three books from The Chronicles of Prydain

It’s not that he didn’t like the rest of this series by Lloyd Alexander, but only that he hasn’t read them yet. My prediction is that the other two will be on next year’s list!

• The Book of Three • The Black Cauldron • The Castle of Llyr •

This book by Allen French has made the list many years, starting around age 9 or 10. He’s never said much about it, but he must love it, because he chooses to read it almost every year! I asked him what he liked about it, and he said the “changing circumstances, the adventures of the hero.” So there you have it. Apparently, it is very exciting.

4. The Age of Chivalry

This book by Thomas Bullfinch got an “oh yeah!” from him when we were discussing his list. That surprises me, but I haven’t actually read it before, so maybe I just don’t know what I’m missing. Our copy also include The Legends of Charlemagne, so technically this one is two books.

We discussed this book a bit. It’s great conversation fodder if you’re looking for life lessons for boys coming of age. David Copperfield is a lovable, admirable character, but he makes his share of mistakes, and boys can learn lessons from him, I think. We discussed everything from Copperfield’s first taste of alcohol to his choice of wife.

6. Sir Gawain and the Green Knight

This one is Burton Raffel’s version. I think we also own Tolkien’s version, but I’m pretty sure it was Raffel’s that he read and loved. I say “pretty sure” because we seem to be temporarily unable to locate both versions — my guess is that they are off on an adventure together.

Because sometimes, you just need a good dog story. Jim Kjelgaard is the perfect go-to for dog books.

There were 27 books in all on his list this year — including The Compleat Angler, the reading of which was something of an experiment and all I can say is that I commend his perseverance.

A Review of Classical Academic Press’ French for Children {Plus a Giveaway!}