[dropcap]I[/dropcap] said on Friday that this blog was, of necessity, to become something of a reading journal, and I wasn’t kidding. I’ve decided to call it Summer Diaries. Some people travel in the summer. I suppose I do, too, only my travel isn’t geographic — it’s into the minds of other people and places … through books. So this is a “travel diary” — a diary of the people and places I’ve visited in my summer reading. 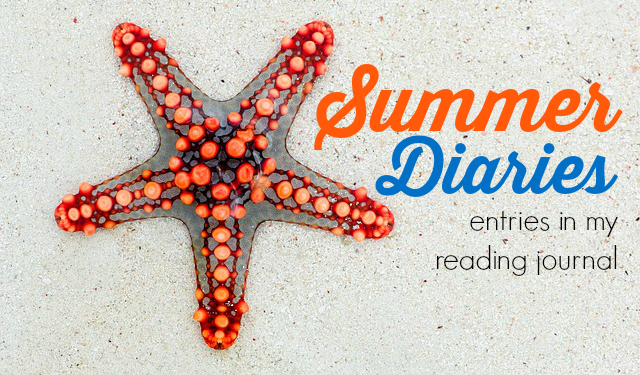 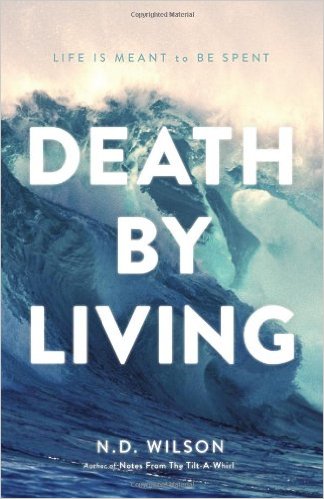 For starters, I finished Death by Living by N.D. Wilson. This is my version of cleaning the living room. There are books everywhere, as usual. My husband Mentioned It. This means it is starting to bother him. There is a chance this is because I’m not the only one doing it. I caught Q-Age-Nine reading a new book the other day, and I innocently asked her, “Oh! Did you finish that other one already?” Not because I think that is the way it has to be done, but simply because she has gotten to where she reads so incredibly fast.

“No,” she says. “I just like to start as many books as possible.”

Is there a gene for this?

So anyhow, Death by Living. It was … good. I teared up a couple times, so it gets some points for “emotionally compelling.” I don’t particularly love Wilson’s style when it comes to nonfiction. I’ve tried to like it, and at one point even convinced myself that I did like it … but in the end, he feels sloppy to me sometimes.

Not that it isn’t worth reading — I’d actually recommend it.

But sometimes I feel like he’s trying to be poetic … instead of actually being poetic. If you know what I mean.

Still, I walked away with renewed resolution in the area of pouring myself out for others, so the book did its job. 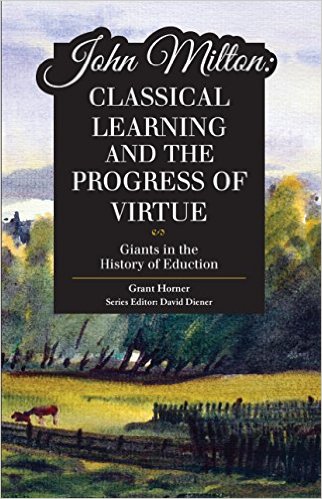 What I really wanted to afterthink about on this fine Monday morning is John Milton: Classical Learning and the Progress of Virtue by Grant Horner. This weekend, as part of my aforementioned cleaning project, I finished reading chapter three. Four or five years ago, I read Milton’s essay Of Education a couple of times and found it very compelling. I walked away with a couple gems I’ve kept in my pocket ever since, most notably the idea that the job of education is to “repair the ruins of our first parents.”

But, honestly, I haven’t given his essay much thought recently. Which is why this chapter was so enjoyable!

Probably the most important practical idea in this chapter is that the goal of learning a language is to read the great works in that language. We’ve talked about this before, of course. Grant writes:

The goal of the Miltonic paradigm is not to produce mere linguists, but to produce thinkers who know the world through language. If you study Latin {and Milton clearly thought you should}, it is not so that you can become a Latinist; it is so that you can know the world better. Therefore, the study of Latin must be efficient and end-oriented beyond the language itself.

[W]e do amiss to spend seven or eight years meerly in scraping together so much miserable Latine and Greek, as might be learnt otherwise easily and delightfully in one year.

Does this sound familiar to you? Charlotte Mason, if you recall, complained that, once started, there was no progress made. She quotes the Public schoolmaster as complaining:

At twenty the boy is climbing the same pear-tree that he climbed at twelve.

In other words, they kept going over old ground, rather than moving forward. This applies to more than just languages, but the point is important: in learning languages, like anything else, progress is important — and, in language, so is fluency.

Imagine going over and over the phonics rules, but never reading a real book. That is what is often done with Latin and Greek. Or, in my case, modern languages as well. I took four years of Spanish {two in high school, and the same two again in college}, but never read a real book. Interestingly enough, it never dawned on me that there might be books worth reading that were written in Spanish! {My understanding is that the more advanced classes actually did some real reading, but I compare this with Visual Latin, where “real” reading begins in the earliest of lessons using the Vulgate.}

I have definitely seen the benefit — and real progress! — of a language education based upon reading real books.

Another interesting thing was the use of the digestive metaphor. Horner writes:

You are what you eat; you become what you read and think.

Milton referred to “digesting” the works of authors. Horner tells us in a footnote:

That’s from an essay by Francis Bacon called Of Studies — an essay my son and I just happened to read earlier this school year. At the time, I didn’t make the connection with Charlotte Mason’s “spreading the feast” metaphor, but since we know she read much of both Milton as well as Bacon, I probably shouldn’t be surprised.

The one place where I was disappointed in the chapter is concerning the section where Milton criticizes the “usual method of teaching Arts” in his essay. Horner concludes:

The poet’s primary criticism was that students are moved too rapidly through the trivium stages.

Since the trivium wasn’t viewed as “stages” until Dorothy Sayers made a few jokes about that in her now-famous fundraising speech almost exactly 300 years after Milton wrote this, I found the conclusion completely lacking. No one thought the trivium consisted of stages at the time, but Milton is complaining about something, and I wish the author had made the effort to interpret the passage in light of whatever was going on in Milton’s own day.

[I]n stead of beginning with Arts most easie … they present their young unmatriculated Novices at first comming with the most intellective abstractions of Logick and Metapysicks.

… having but newly left those Grammatick flats and shallows where they stuck unreasonably to learn a few words with lamentable construction, and now on the sudden transported under another climate to be tost and turmoil’d with their unballast wits in fadomless and unquiet deeps of controversie…

This is where I found the notes at Dartmouth helpful. If you click on words in the essay, you get some definitions. Using those definitions, I concluded that the problem was likely related to what Milton was complaining about earlier in the essay, when he explains that children were being asked to compose before they had read. Here we have a parallel: students are being asked to argue before they have read.

The point is clear if you read on and notice that Milton is arguing over and over for broad reading of the very best books {broad meaning in all the subjects}.

So what is being rushed? The student. The student is being asked to do things that are inappropriate — composing and arguing — in light of the fact that he doesn’t yet have any wisdom. Milton himself says that these things

are the acts of ripest judgment and the final work of a head fill’d by long reading and observing, with elegant maxims, and copious invention.

The final work. In other words, they are the work of maturity.

Milton wants the students to have many, many good and great books under their belts before they are asked to produce or argue.

I can live with that.

The Importance of Independent Children (A Low-Energy Moms Post)