Geography, Google, and You: a Primer on Making Blank Maps

[dropcap]W[/dropcap]hen I was a child, I was given a map of the world to hang in my bedroom. It was a rather large map, showing all the countries in different colors, along with their capitols and other major cities marked. I’m not sure what my parents hoped would come of this gift, but I’m sure they did not imagine its ultimate application.

I ended up hanging it at the back of my closet.

Now this might seem a strange place to hang a map (and indeed it was). After all, one cannot study a map that is hidden by a rack of shirts and pants. Nevertheless, it was a perfectly logical place to hang the map, according to my twelve-year-old mind. After all, our family owned a dartboard.

I’m sure you can see where this is going.

It took my mother some time to realize what I had been doing to the wall at the back of the closet. But she inevitably discovered the hundreds of tiny holes in the map which perfectly corresponded to hundreds of tiny holes in the wall. Being a good Christian lady, her tongue was kept in check that day. I have not yet dared to ask what passed through her mind, though, as I’m sure it involved many strongly worded reprimands. 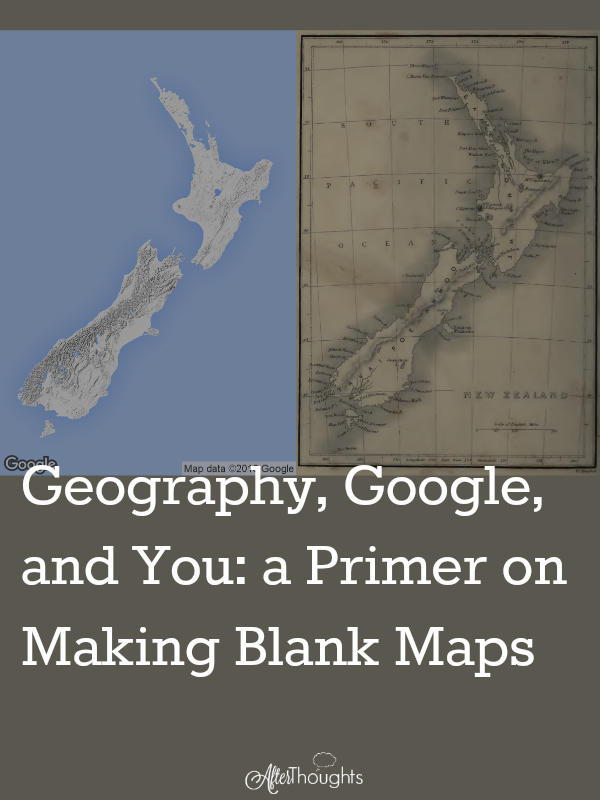 As educators, the lesson to be learned here is not that children and maps do not mix (although some supervision might be in order). Rather, the lesson is all about a child’s imagination. You see, my twelve-year-old self was not interested in reviewing names of countries and their capitals. This young boy was instead raining down missile strikes on our mortal enemies (this young boy was also thankful that the U.S.S.R. was large enough for an unskilled dart-thrower to hit the target more often than not). There are many places where Charlotte Mason stresses the importance of imagination during the study of geography. For instance, in Volume 1 she says:

Most of us have spent hours over the drudgery of memorizing geography lessons, but how much do we remember? We only remember the pleasant descriptions we heard from friends who visited Europe, or some things from The Voyages of Captain Cook, or some other adventure. And that’s how children should learn geography. To be educational, the child’s mind must be filled with ideas.

The way to harness a child’s imagination during the study of geography was laid out in five simple steps in a Parent’s Review article (this article was written in response to a question about giving boys things to do with their hands). Here are the relevant portions:

Much has already been said about this method, but today I will be focusing on something called a “sketch-map”. Think of the sketch-map as a geography diary. It’s a place for students to record their curiosities and observations about a place as they hear descriptions about it. Often it involves tracing the protagonist’s journey. This is best accomplished using a blank (unlabeled) map. From what I’ve read, older students were required to draw their own blank maps. If that sounds a bit intimidating (or if you have younger students), you might want to give them a starter map.

While there are many great resources for blank maps available on the internet, the best one I’m aware of is Google Maps. Google has provided a way to make blank maps of any place on the entire planet. You can customize the location; you can zoom in or out; you can get your map in landscape or a portrait orientation; you can include or exclude borders for countries and provinces; you can customize to your heart’s content.

You just have to ask them nicely.

Since Charlotte Mason seemed to be enamored with the writings of Captain Cook, let’s use his book in conjunction with this tutorial. In The Voyages of Captain James Cook Volume 1, he describes his visit to New Zealand. Also included is a great map of the country. 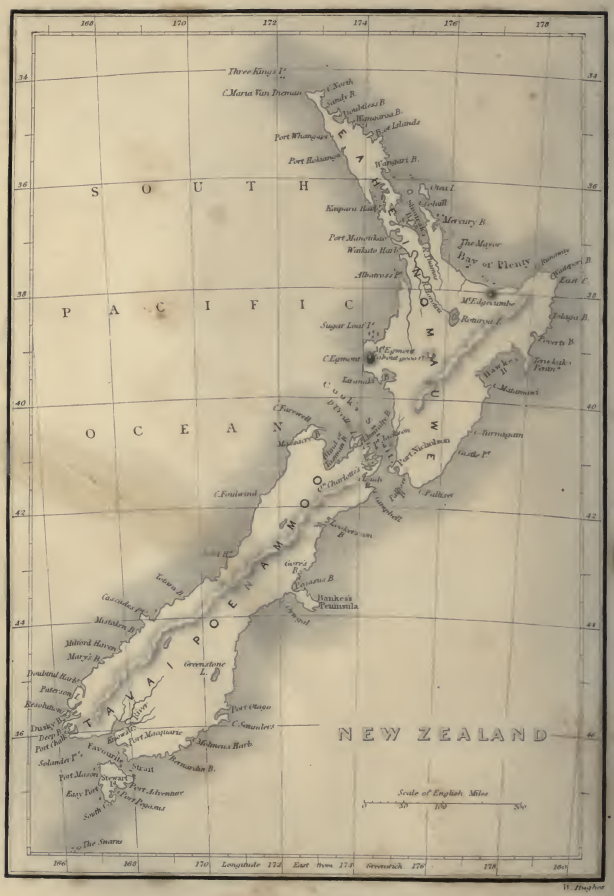 Find the Latitude and Longitude

Ideally, each student would get a blank version of this map to inscribe points of interest upon. In order to re-create this map (sans labels), the first thing we need to find is the latitude and longitude of the map’s center. A quick look reveals that the center is somewhere near the northern tip of the southern island. Using a browser, navigate to Google Maps. Find New Zealand on the map, and click on this location. You’ll see a little box appear at the bottom of the screen that shows the exact coordinates of that spot. 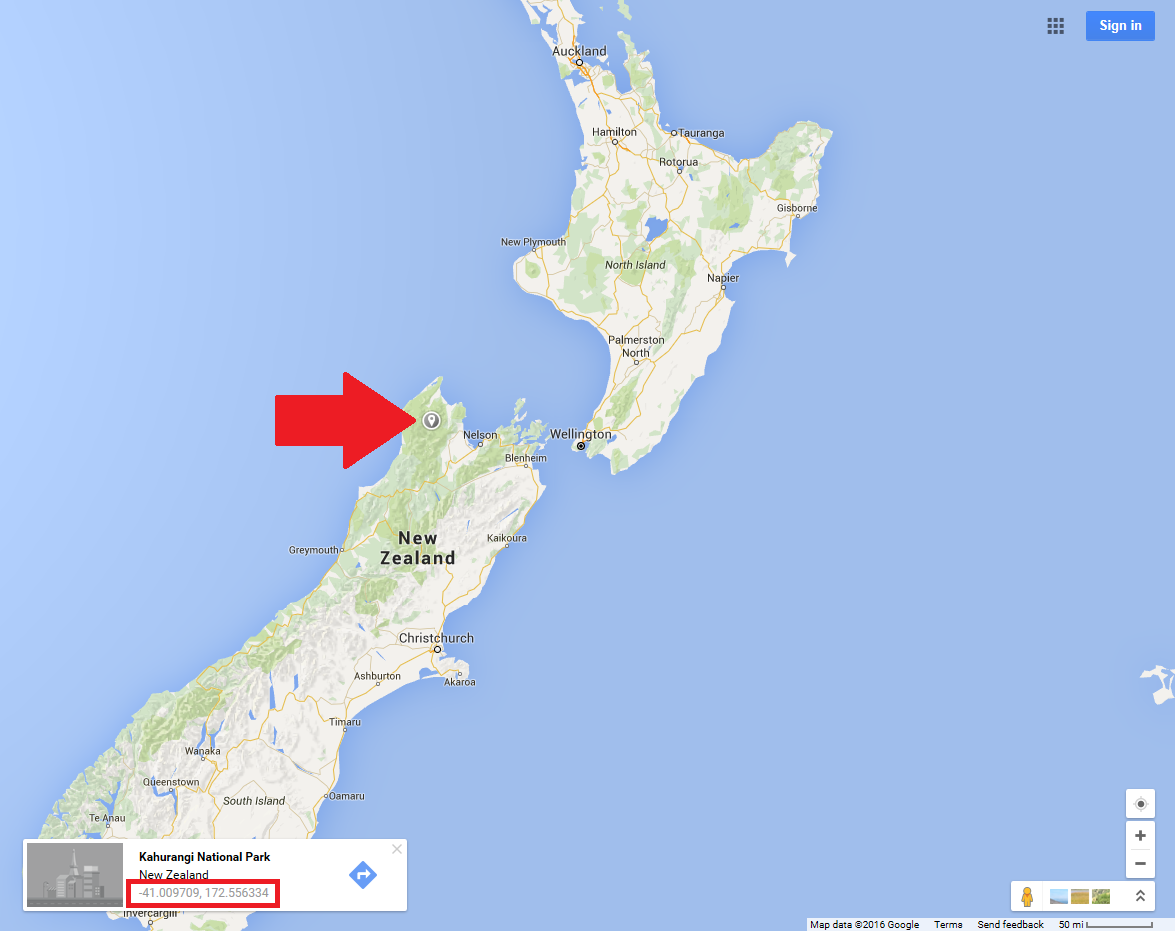 How to Speak Robot

Now for the hard part. We’re going to ask Google to draw us a blank map using the latitude and longitude we just found. Unfortunately, Google doesn’t speak English — so we’re going to need to learn its language. Let me show you an example of a well-formed sentence in robot:

And now, the translation:

Two things about robot language are quite clear: robots really, really (REALLY) love run-on sentences; also, robots hate spaces for some reason. But if you can overcome these oddities, you’ll find it’s pretty easy to get Google to give you the blank map you want. Copy the robot sentence into your browser address bar and press enter (WAIT — open a new tab first, or you’ll lose your place). You should be given a map that looks like this: 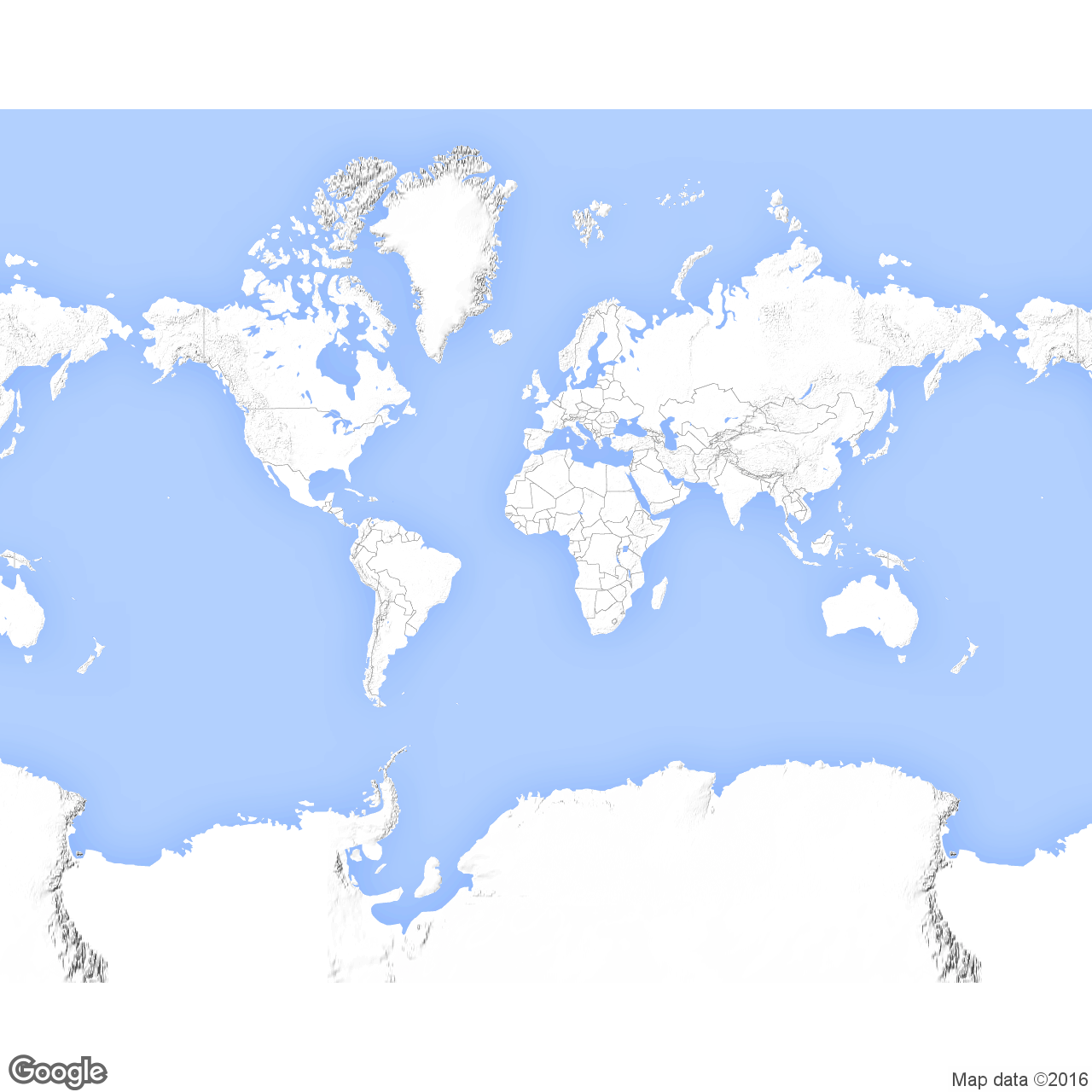 How to Customize Your Map

While this is a lovely map, we’re currently more interested in New Zealand. So let’s make a few changes. First, find the place where we said “center=0,0”, and change it to “center=-41.0,172.6” (the coordinates we found earlier, rounded to the nearest tenth). You can make the change right in the address bar. Secondly, find the place where we said “&zoom=1”. We don’t know yet which zoom level will give us the best perspective, so let’s try a few. Here is what zoom levels of 3, 4, 5, and 6 look like: 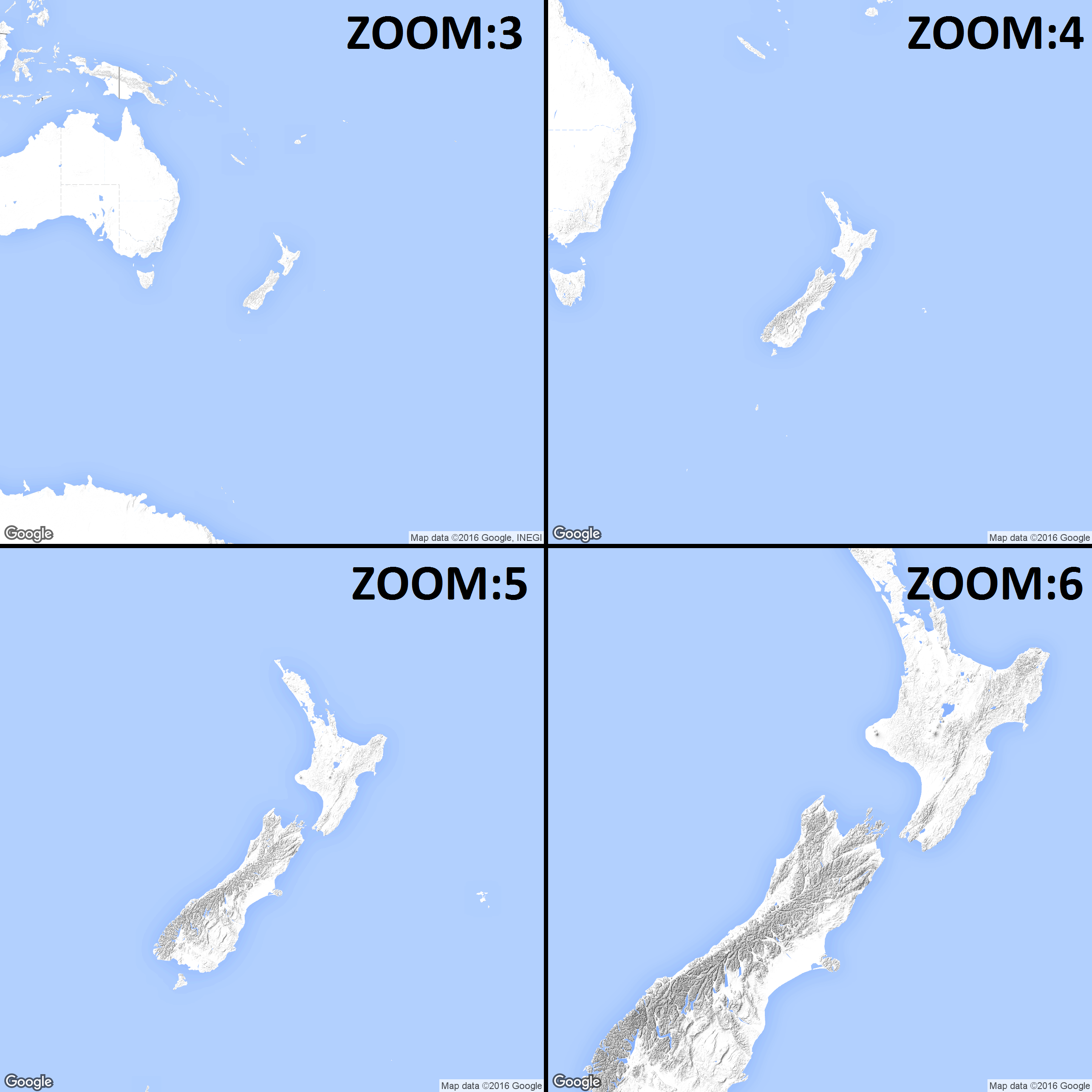 Clearly zoom level five is the closest we can get without leaving out parts of the country. So replace “&zoom=1” with “&zoom=5”.

The final change we want to make is to crop out all that extra water around the edge. This will help to make the blank map look almost identical to the one in The Voyages of Captain James Cook. Originally, we asked for a square map (&size=640×640). What we really specified was the dimensions of the map — one that was 640 pixels wide by 640 pixels high. Fortunately, you don’t need to know how big a pixel is to fix the way the map looks. Just be aware that Google won’t give you a map larger than 640 by 640, so start with this size and remove what you don’t need. Our map at zoom level 5 is about 25% water, 50% land, and another 25% water from side to side. Let’s cut out the two sides by asking for a width that is half of the original size (remember, our map is centered, so any reduction in width is going to come equally from both sides). Going vertically, it looks like the land takes up around 75% of the map, with the other 25% being the water on the top and bottom. So we will ask for a map that is 25% smaller in height. 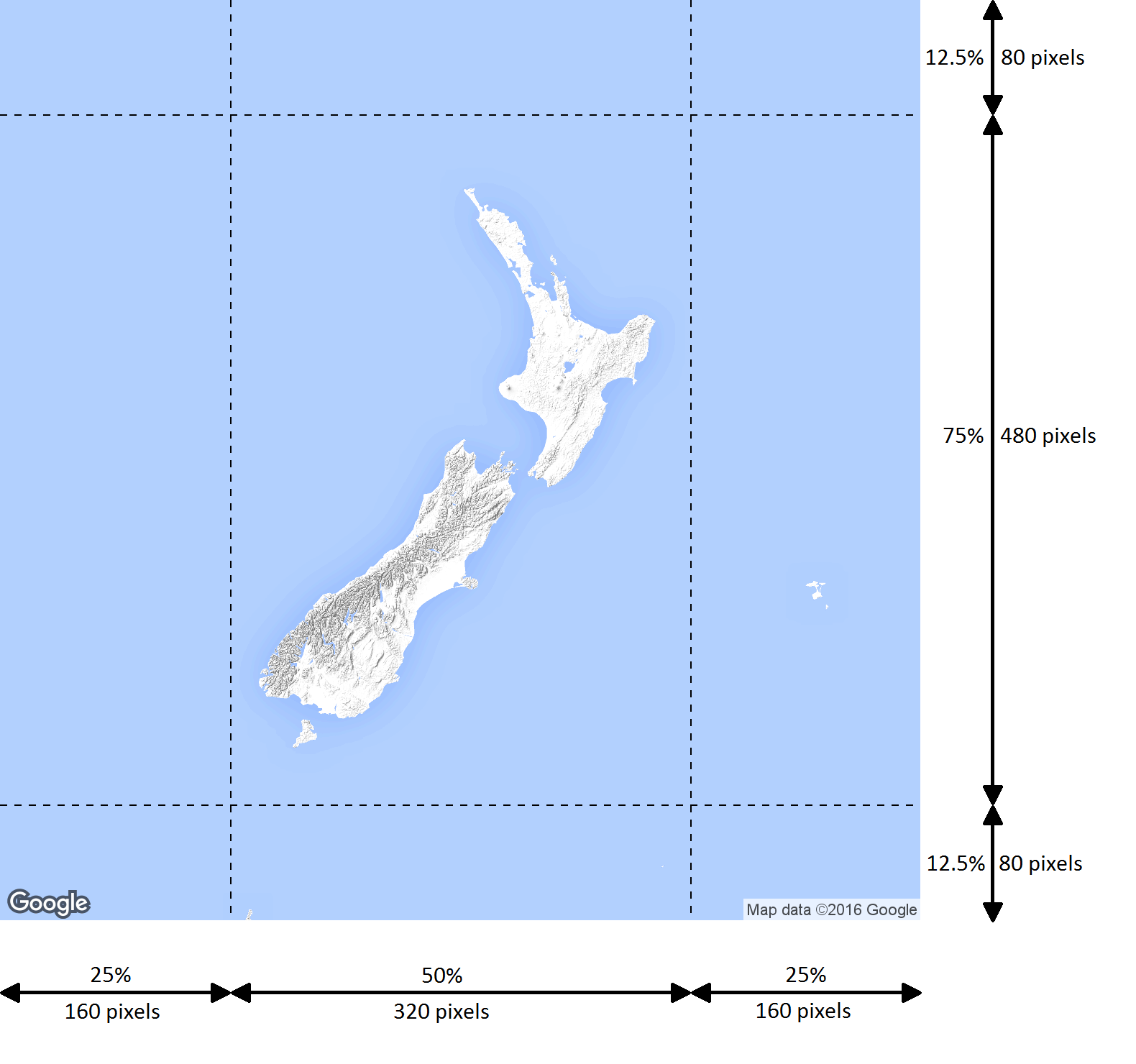 Find and replace the original size “&size=640×640” with the reduced dimensions “&size=320×480”. Press enter to get your very own, fully customized, CM approved (I assume) blank map! 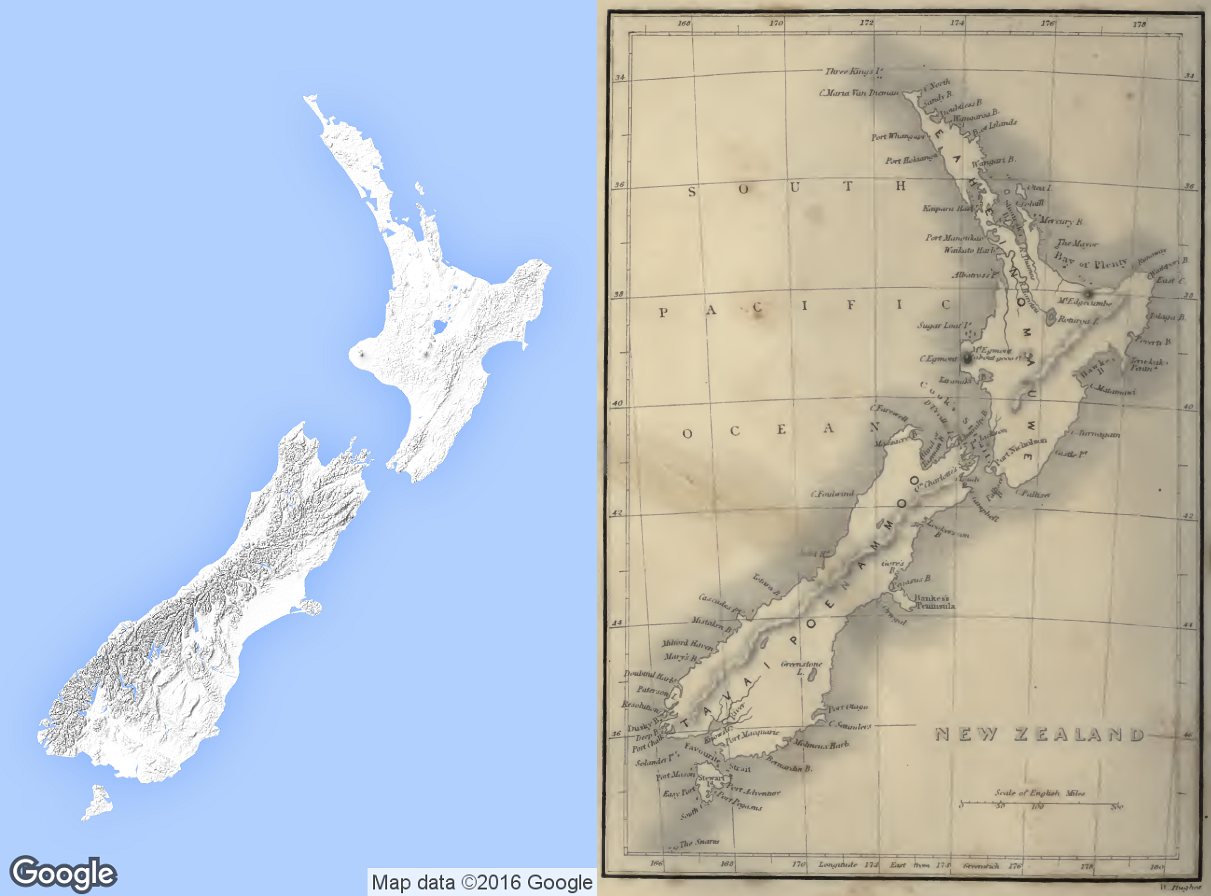 Now it’s your turn! Play around with center, zoom, and size to get blank maps for any and every occasion (even for throwing darts at).

Lynn has been busily adding bookcases to his house ever since he and his wife decided to homeschool their four children using Charlotte Mason’s principles. When he's not busy buying Ambleside-recommended books, he works as a software engineer in the nuclear industry. On evenings and weekends he facilitates the administration of a Christian residential education center in support of the member(s) of the faculty (in other words, he is his wife’s secretary). In spite of his acute nerdiness, he can often be seen dragging his family along hiking trails near the Snake River Plain.