I’ve now read a few chapters in The Mysteries of Life in Children’s Literature. So far, I have a mixed review for you, which is disappointing because I expected this to be a five-stars “you have to read this!!” sort of book.

First, the good things. I loved the introduction. I jumped for joy when I saw his mention of the Integrated Humanities Program. I can’t get enough of the backstory on that, so I was eating up his every word on that. In addition, I did a lot of underlining. In fact, I’m on chapter 3. I’ve underlined a lot in each chapter so far. So there is a sense in which this book is good — it’s full of good ideas and things to ponder.

But there is one thing that keeps me from whole-heartedly recommending it: the book desperately needs an editor. The weird thing is, it’s not self-published. This means that someone, somewhere was paid to allow this sort of writing to be put into publication, and I for one am disappointed. I think it has huge potential, but misses the mark. Before I explain why, let me just point out the handful of huge errors in this month’s Newbie Tuesday newsletter {published by yours truly} as Exhibit A. You know what happened? Due to school planning, I put it together at the last minute, meaning it didn’t have time to visit the editor before going to print {aka your email inbox}. I figured how bad could it be?

Anyhow, in regard to this book, chapters 1 and 2 both had the same error: passages SO similar that I actually thought I was rereading the same page again on accident. I didn’t notice my mind wandering off, but immediately blamed myself nonetheless. When it happened in chapter 2, I checked both chapters and discovered the problem wasn’t me, but the book. As a pretend writer, I know how very easy it is to do this. Your thoughts circle through the ideas, just to circle through again. And then my husband demands that I just. make. my. point. {For the love of all that is good and noble!} This is why I don’t blame the writer, but the editor. Someone has to help writers sort out their thoughts when they do this, and demand that they do better.

With that said, I still have all my underlining, which means I plan to read the rest of the book. More review-type thoughts will be forthcoming, if appropriate.

I have seen so many future homeschooling mamas out there asking about preschool and kindergarten curriculum, and like a good older mom {I’m not that old, but having a high schooler seems to have skyrocketed me into the category} I am keeping my mouth shut. I did momentarily open it at a church meeting on Sunday night when the question came up. I just mentioned that when you know you plan to homeschool, it’s pretty easy to get itching to start, which is almost always unfortunate for the family’s oldest child. For most homeschool moms I talk with, the big regret concerning the early years is getting too academic too soon.

Charlotte Mason said that children need six quiet growing years before starting school, and the older I get, the more I agree with her. 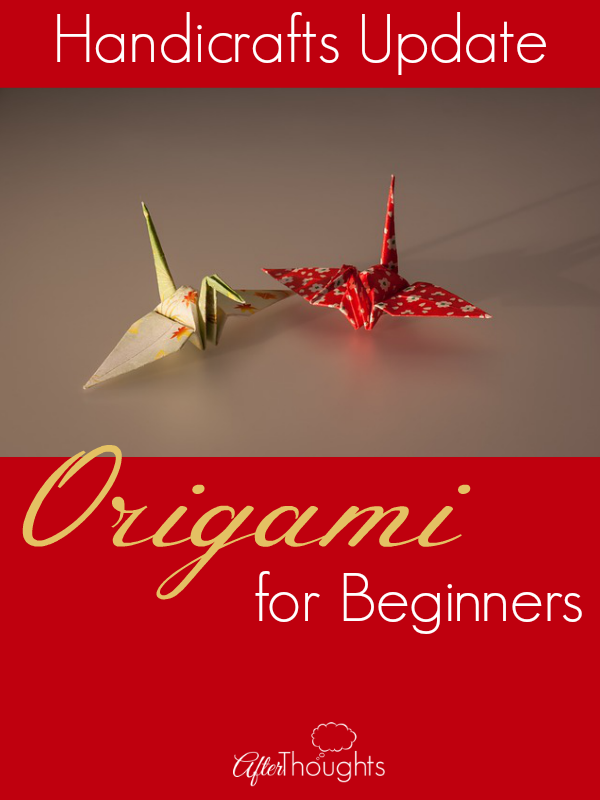 I still maintain that origami is a fantastic handicraft. In fact, we did this for a term, then put it aside. A couple weeks ago, three of my children dragged it back out and started working on it on their own. It’s been great, except the part where my youngest was convinced that because he had folded a “cup” it would actually hold water.

We did, in fact, make it to the beach this week. This was what I was working towards, my way of rewarding myself for finishing my planning a week earlier than normal, and also getting a chance to spend some special time with my children. It is my favorite place, and I don’t get to go very often — and never for longer than a day. So I treasured every moment. Before we hit the sand, we took the time to hike a nearby trail, and that was also fun. It was a nice way to wrap up summer.

Since Mystie and I are talking personalities in the upcoming episode of Scholé Sisters {August 26th, people!!}, I thought I’d point out Mystie’s post on homeschooling and personality type. It’s great and I think every homeschool mom should read it!

At one point, I had a question for today, but I seem to have lost it, so instead I’m going to talk about my FitBit Flex. I love it, but I have found myself wishing that I could make it look more like jewelry. I bought a new band on Amazon, and that went well, and it’s making me braver. This is what I want to try next: it’s totally mix and match, and there is some metal. I think that is what I’ve been missing. I need something shiny!

I know the image says “FitBit Alta” bands, but I’m pretty sure it’s actually for the Flex.

Anyhow, whaddya think? Have any of you tried this type of band before?

Looking Back: What I Wish I’d Known About Homeschooling in the Early Years