We made it through our first week of school! So far, so good. Monday was a bit iffy. I have one child who really relishes her summer freedom and kicks at the goads of school in general, so settling her in is always a bit complicated. I suppose she wishes to be an unschooler — she would love to focus on one or two things to the exclusion of all others!

Our tradition is to do some sort of treat excursion on the first day of school. In trying to accommodate my gluten-free girl and my sugar-free boy, I found that a gas station {of all places} not far from our home has a selection of local, hand made paleo and THM snacks! I was so excited, but when we showed up, the refrigerator where they keep their stock had broken and it was all cleared out — there was nothing in the whole store that would work. I headed to Starbucks to try and wing a second-best, but by the time we arrived, one child had decided he no longer wanted anything, and it just all became kind of blah.

But it wasn’t horrible. Usually, I think the second day of school is the one where things fall apart. This year seems to be an exception. Monday was a little rocky and the attitudes weren’t quite there, but the rest of the week has gone swimmingly. I think it helps that we had our CM Shakespeare meeting on Tuesday night.

Did you grab my Charlotte Mason Facebook cover photos yet? I think they are totally fun, so I’m sharing. I was in the mood for something new for my personal page, and decided it was more exciting to make a selection and then hand them out to others. It’s like a little kick for your school year! 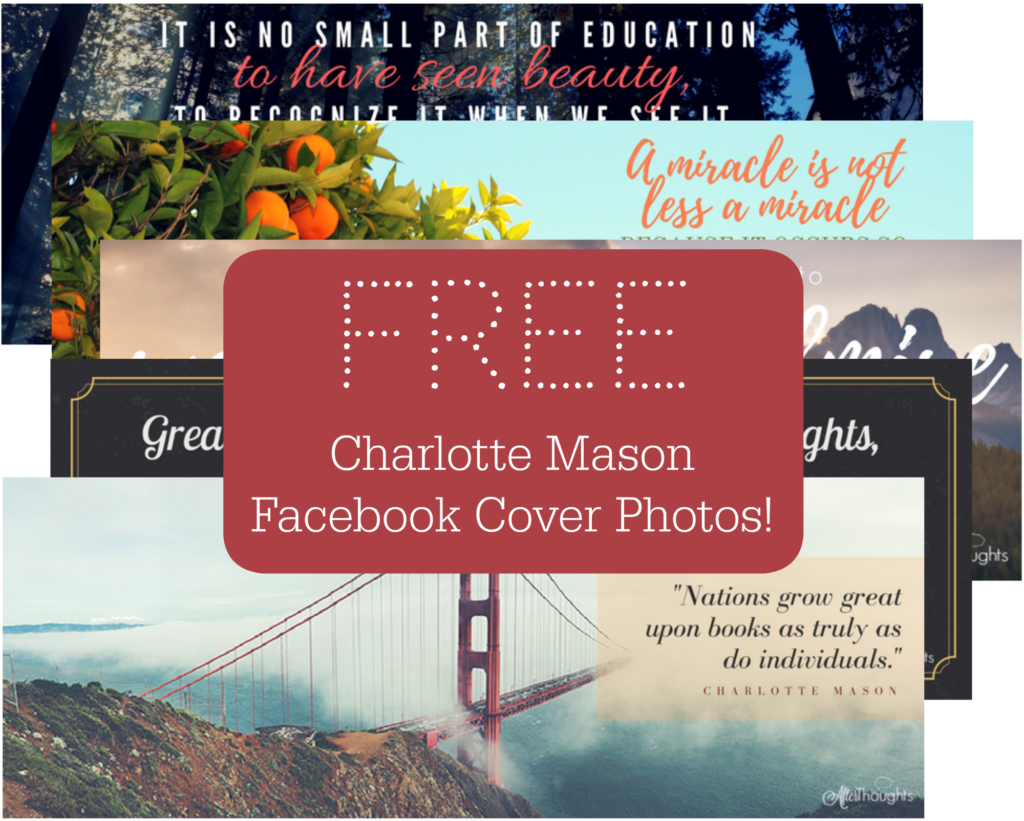 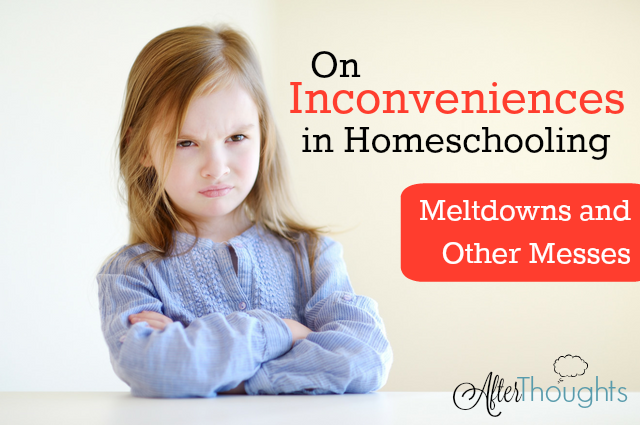 I still maintain that meltdowns are part of the curriculum.

After reading a lot about it, I took the plunge and ordered some argan oil for my hair. I knew it was great for straight hair, but I just wasn’t sure about my curls. After looking around, I found that a lot of women with curly hair were singing its praises as well, so I decided to see what it can do. I need to use it a number of times before really giving it a review because, if you know anything about curly hair, you know it isn’t very consistent. This time of year, when it is so hot, and the air quality is so bad, I find my hair needs a boost beyond my normal Deva Curl spray {which I highly recommend}.

Oh, people! Is it wrong that I really want to read aloud through the Narnia books again? It’s an interesting thing. Entering high school has done something to me. I’ve talked before about how, deep in the back of my mind, I think of this life as the long goodbye. I can’t get anything to stay in place — it all keeps moving along, and sometimes I feel like I don’t quite move with it — like I keep getting jerked back into catching up.

High school has brought with it a new level of Book Pickiness, for lack of a better term. I only have four short years of reading aloud {to everyone all together} left, and I know that those years will hold far fewer hours than the previous fourteen. I find myself torn between wanting to read new finds and old favorites. Either way, I have no time for twaddle. Life, I find, is short — only the best books can make the cut.

Get Some Inspiration: Mere Motherhood