We had a couple new additions to the microhomestead this past week. This summer, both girls lost their rabbits. Daughter A.’s was injured by our dog when she escaped from her cage. She lived quite a while afterward, but never really recovered. Daughter Q.’s rabbit, on the other hand, being on the older side, just didn’t handle the heat very well, unlike the previous summers. They were devastated and have been asking for rabbits all. the. time. ever since. “I need something to take care of,” says A-Age-Eleven.

Well, I’ve learned to be cautious about where (or from whom!) we purchase rabbits. One year we got a beautiful rabbit from a breeder who never interacted with her rabbits and the result was that we later sold said rabbit because she was scary. I was afraid to put my hand in the cage because of her biting!

We have a breeder we love, and she finally had babies ready this week. On Monday, we went and picked them up. They have the best temperaments and were definitely worth the wait. 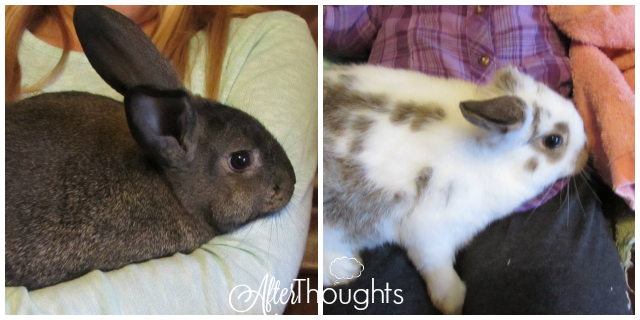 You can probably tell by looking at him where Van Gogh got his name — he’s got just a little nub of an ear. He’s so cute and just about the friendliest rabbit we’ve ever had. 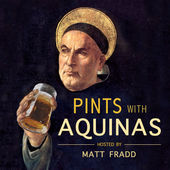 I discovered a new podcast recently and I am loving it so far. It’s called Pints with Aquinas. Many of you know that I fell in love with Aquinas’ Summa Theologica a number of years ago when I was trying to comprehend the fullness of a certain fresco in Florence, Italy. Anyhow, this podcast is super handy. If you aren’t familiar with Summa Theologica, it’s important to note that the format is something along the lines of:

This podcast is set up to go through one question — with all the objections and counters — at a time. It’s very Catholic, of course. Even though Aquinas preceded the Reformation, Protestants have hesitated to embrace him. Personally, I think this is a mistake. I mean, yes, there are some differences in doctrine. But I found those differences to be far less than I expected, while the similarities were everywhere. Aquinas was one of the clearest — if not the clearest — thinkers in history. This is an easy way to get a taste of him.

I’ve perfected my sugar-free mocha recipe even more! I wanted a way to round out the flavor without adding extra sweetener or more chocolate syrup. It dawned on me that salt is always a good way to round out something sweet. It worked well. So, here is my revised list of ingredients: 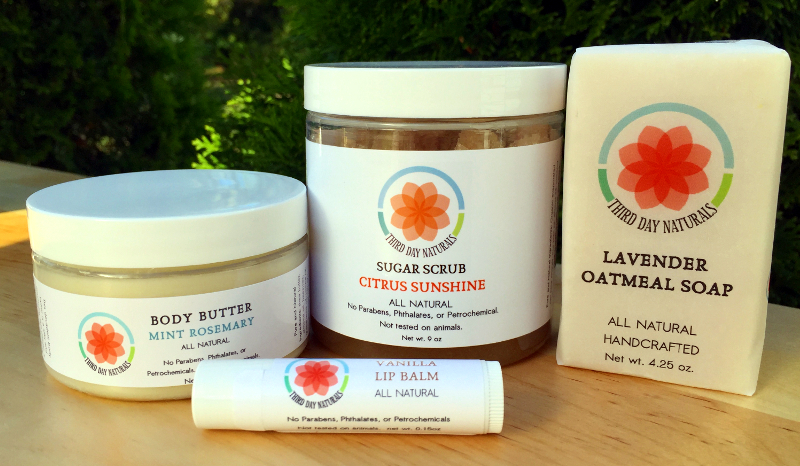 Congratulations to Jennifer Stephens, winner of the Third Day Naturals giveaway! I’m so happy for you! I think you all know that I adore Third Day Naturals. The products are perfect for all the sensitive skin we have around here — plus I prefer to put food-based products on my skin since I know skin tends to absorb what’s put on it. Anyhow, if you are still looking for a great gift, or even stocking stuffers, make sure you use my code AT20 which will give you 20% off anything in the TDN store! 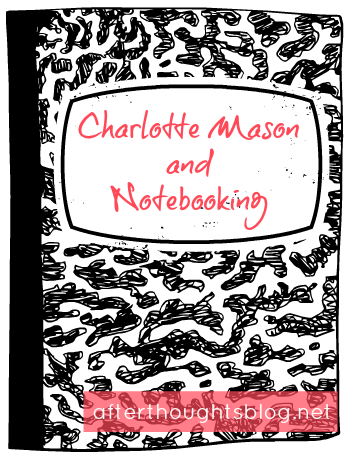 I had been wary of a book on Charlotte Mason notebooking, and I couldn’t have been more wrong!