[dropcap]N[/dropcap]ow, where were we? That’s right: our family had relocated to Maryland — our fourth major move (i.e., interstate or cross-country) in three years, and I was determined to find a Charlotte Mason community in our new home state.  When I learned we were moving, I did some reconnaissance to learn all I could about our new hometown, and I began to search for that elusive Charlotte Mason community that I so desired. Alas, it was not to be found. 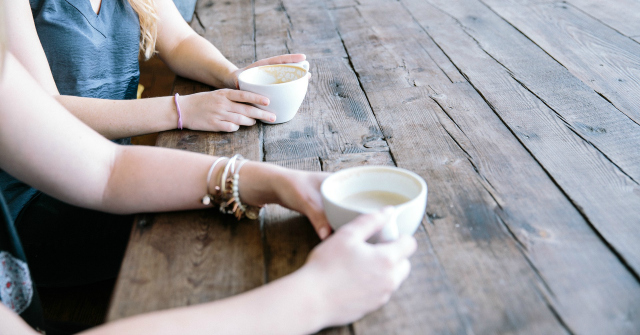 Not one to be discouraged, I continued to do what comes naturally to me: I prayed.

I prayed for God to provide, as He never fails to do abundantly. In addition, I began reaching out to people via the AmblesideOnline Forum, making plans for hikes and park play dates with other AO users within an hour of where we were moving — even before we actually arrived in Maryland. In addition, I searched Charlotte Mason In Community. When I did not find anyone listed from Maryland, I submitted my own name as a contact person for a community — even though said community did not yet exist!

Within days after moving to Maryland we explored several local nature centers during play dates while forging new friendships. All the while I was thinking about the dynamics of the families meeting together. Were there any red flags for potential conflict? Was the chemistry between the children — and the moms — a positive thing? What was their faith walk like? Would I like to invest myself more fully in this family and come alongside them in their — and our — educational journey?

Having settled into our new home, and eager to connect with even more moms earnestly growing in the Charlotte Mason philosophy, I posted an announcement on the AmblesideOnline Forum regarding the start of a Charlotte Mason Discussion Group. Five mothers joined me for the inaugural meeting, but afterwards attendance waned so that there were rarely more than three of us present for discussions. While small, the discussion was still rich.

After one of these discussions I made a proposal to one of the moms. I asked her whether she would be interested in starting a small community with me (many people use the term co-op for this, but I prefer to refer to it as community). I had plans to invite one other family to join us with whom we had also spent time and enjoyed and knew that the dynamics of the family worked well with our families. Not only had I come to understand that these two families were strongly rooted in their faith, but I knew that they were committed to growing in the Charlotte Mason philosophy and adhering to it in their homeschools. To my elation both moms were on board with the idea, and we forged ahead with plans to begin bimonthly gatherings of the 4:8 Feast Community (as in Philippians 4:8) — and it has been a blessing to this day.

We intentionally kept the size of our community small, in part to foster intimacy of relationships between all involved. We wondered, though, about opening our doors to invite another family to join us.  Honestly, I struggled with this choice: our family was so blessed by these meetings and I wanted to extend the opportunity for others to have the same experience. Yet I remained haunted by my previous experience, which involved a much larger group of children in which not all parents were committed to the philosophy. I kept returning to the importance of chemistry amongst all involved. Mutual respect, shared values, and commitment to the Charlotte Mason philosophy were essential for the success of this community.

Until one day … when I spontaneously extended an invitation for another family to join us.

I shocked myself when I heard the words of invitation come out of my mouth. This was not normal practice for our group: I had not consulted with the other families and had made a unilateral decision in the moment. But I felt it was of the Lord, and fortunately the other community members forgave me this indiscretion.

What a providential invitation it proved to be, as the addition of this fourth family to our community has been a blessing we may have otherwise missed out on. Yes, there were road bumps along the way: three families had more than a year of meeting regularly; there was a learning curve to bring another family into our fold.

Now, more than a year later, it is wonderful to see how our community has morphed and changed and continues to bless everyone involved. None of the four families live close to one another, and one family drives over an hour in order to join us twice monthly, but it has been worth it for all of us to sacrifice the time spent commuting in order to gather in community, learn alongside each other, and grow — as image-bearers and as parents committed to the life-giving philosophy of Charlotte Mason.

Remember the Discussion Group described above? Personal circumstances led me to discontinue the group, but several months after its dissolution I started receiving emails from people who had found my contact information on Charlotte Mason In Community. When I had received three such emails in one week, I sensed that God was telling me something, and I once again prayed for direction. I knew the Lord was calling me to begin the Discussion Group again, but I also knew that the logistics of the first group were ineffective. What to do?

It may help you to understand the dynamics of where I live. It is unique — a relatively small geographical space is divided among three distinct localities: Central Maryland, Washington, D.C., and Northern Virginia. I had reached out to people in all of these areas and wanted to accommodate everyone in my initial efforts to get a group started; in other words, I cast the net broadly in an effort to include everyone. This was not an effective strategy, as evidenced by the decline in participation that began almost immediately.

I got the impression that God was telling me not to work so hard to accommodate everyone, meeting at a place that was geographically neutral (i.e., the location was at the same distance away from everyone and convenient to no one). Instead, I felt led to revive the Discussion Group at a time and place that was convenient for me and my family.

But how could this be? It seemed selfish, whereas previously I had made a sacrifice, driving nearly an hour one-way!  I have learned not to question the Lord’s leading, and moved forward with plans to start again. To my surprise our first meeting brought together 5 women, and every month more eager-to-learn moms have joined us — even traveling more than 60 minutes to do so. We now have 10+ women regularly contributing to our monthly discussions.

It is clear to me that God orchestrated the circumstances of the initial Discussion Group. The hiatus allowed our Feast community to form deep roots. Once that was established, the Lord clearly intended for me to work on the larger community — and it has been burgeoning with new members joining us almost monthly over the past year. From our core group has morphed a much larger community, currently home to more than 50 families, known as the In a Large Room community of Central Maryland.

I look back to the day when we moved here three years ago and there were no opportunities to fellowship with other Charlotte Mason families in the area. Now not a week goes by without something planned in our larger community — and it is incredibly exciting.

I will provide details about our larger community in my next post, but for now I’d like to leave you with some considerations for moving forward with plans for your own local community:

In the end, that is all it takes to launch your very own Charlotte Mason community: just two families meeting, growing, and living life together. Start small and the rest will come!

So get to it!  And I’ll be back again next month with more information on our larger community in the hope that it will provide you with inspiration for making something similar happen in your neck of the woods.