I’m ba-ack! Great Homeschool Conventions Cincinnati was wonderful. It was so nice to see my Sisters, Mystie and Pam, in person. Other highlights were meeting Melissa and Dianna, who have been fake internet friends (my husband’s phrase) of mine for quite some time, and then seeing Dawn again, of course.

I’m pondering my relationship to technology, however. I used to never use any fancy technology when I spoke. Not ever. Theoretically, I was against it. I have a loud voice, so I figure if I show up with myself, a cup of water, and my notes, not much can go wrong (unless I go off script ahem). But I was told “people like slides” and such and I started incorporating more and more of that sort of thing. I dunno.

In Texas, one out of four sessions had an issue. In Cincinnati, more than half of my sessions had issues. So, as I said, I’m rethinking it all. I don’t relish lugging a laptop around, and if my slides aren’t going to work, why make the talks awkward because of it? These issues didn’t ruin anything (I don’t think), but they did make things … a little bumpy. I dunno. Do you have an opinion?

I’ve discovered a new podcast. It’s called The Tom Woods Show and it’s for Libertarians. I don’t call myself a Libertarian. (Lately, I’ve been so annoyed with politics and corruption that I’ve toyed with becoming an anarchist.) But no matter. What I like about the show is that he’s not spending all his time whining about discussing the problems — his focus is more on creative solutions. And so I’ve been introduced to all sorts of concepts I never dreamed existed: private cities, alternative ways of certifying and approving prescription drugs, the possibilities of blockchain technology, alternatives to college, and more. 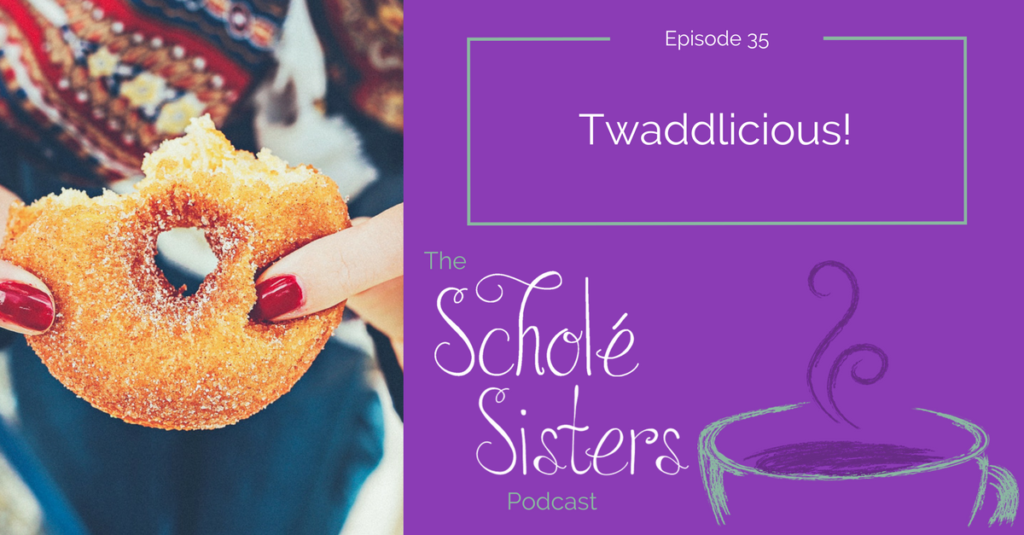 I was particularly proud of the title this time.

There is a lot of talk about the internet tracking our data. If you want to use a search engine that doesn’t track you, I recommend Duck Duck Go.

In which I shared my story. This was part of my ongoing (yes, still ongoing) series called The Low-Energy Mom’s Guide to Homeschooling.

Now is Not Forever

The <i>In a Large Room</i> Community

Farmer O. is 12. Still letting that sink in. He

"I don’t know about you, but I am not a grand co

I have said this in #charlottemasonbootcamp a zill