Registration is opening soon for the 2019 AmblesideOnline Camp Meeting! (The AmblesideOnline National Conference.) It’ll be near Nashville in Tennessee, April 4-6, 2019. I’ll be there … will you?

My children are trying out Hoffman Academy for piano lessons. They just began so I can’t give you a full review yet. O-Age-10 is very enthusiastic! And so far, I really like the style — the way he’s mixing in music theory and solfege from the very beginning (especially since I’ve been a solfege slacker lately!).

With that said, someone bought this for them, and not all at once. There were problems making the purchase, and it turns out the customer service is really not that great! (As in: seven weeks and still haven’t heard back.) Also, because all the children were not upgraded to Premium (that’s what the paid version is called) on the same day, we were overcharged compared to the advertised price.

We were first given a gift card to cover the cost for A-Age-13. That was the $179 per year price (notice: way cheaper than live piano lessons). A month later, when we went in to upgrade the other two children (remember, the advertising is clear: $179/year for the first child and $89/year for each additional child), we were charged $179 for one child and $89 for the second child, even though all three children are in the same account. Our benefactor tried for weeks to not be overcharged by contacting them in various ways. According to her, she never received a reply.

I say all of this not to complain, but to warn you. First, know that it’s likely that if you have any trouble with the Hoffman Academy shop, you might not be able to get help. Second, if you want to upgrade your children, make sure you upgrade them all at the same time or you will be overcharged. Their system does not automatically adjust for previous purchases within the account.

It’s funny: a couple years ago, the company contacted me offering their services for free in exchange for my review. I didn’t do it because I say no to anything I wasn’t already considering. (I don’t like feeling obligated.) The benefit of saying no and then going through all this later is that I got to see — for real — what the purchase side was like. I would have missed that.

So, yes. In a year or so I’ll write a review to tell you what I think. I did a great job teaching piano to my oldest child, but I had real trouble with consistency as life picked up and I’ve failed at passing it on to the others. I hope this will help me remedy the situation!

After some an unexpected mid-season break due to my flu, Scholé Sisters is back! Listen in to Mystie and I chatting books with Martin Cothran: 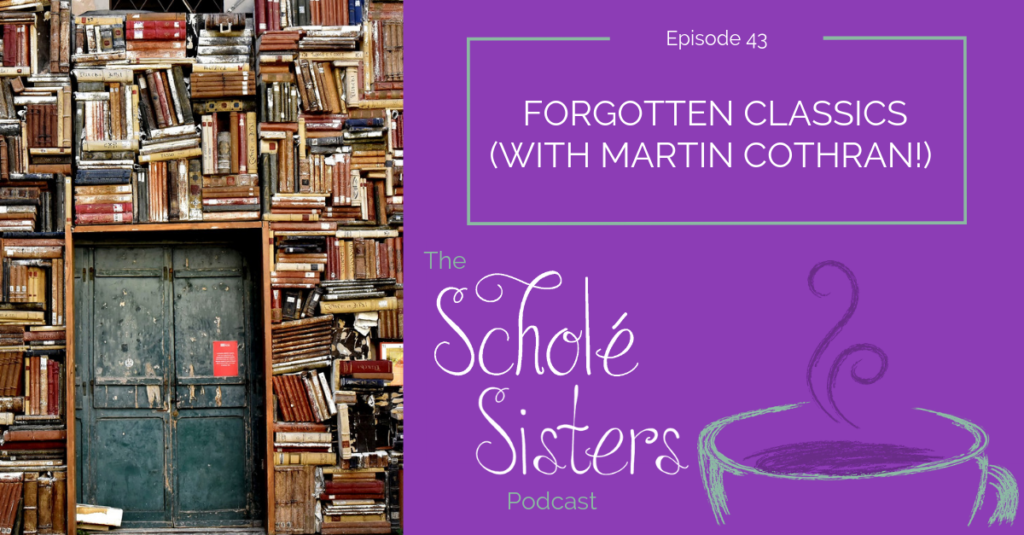 I’ve been sorting out the lineup for the next season of AfterCast. It’ll take a lot of doing for me to have it ready before the end of the year, but we’ll see. I think it’d be fun to have it come out while Scholé Sisters is on our winter hiatus. 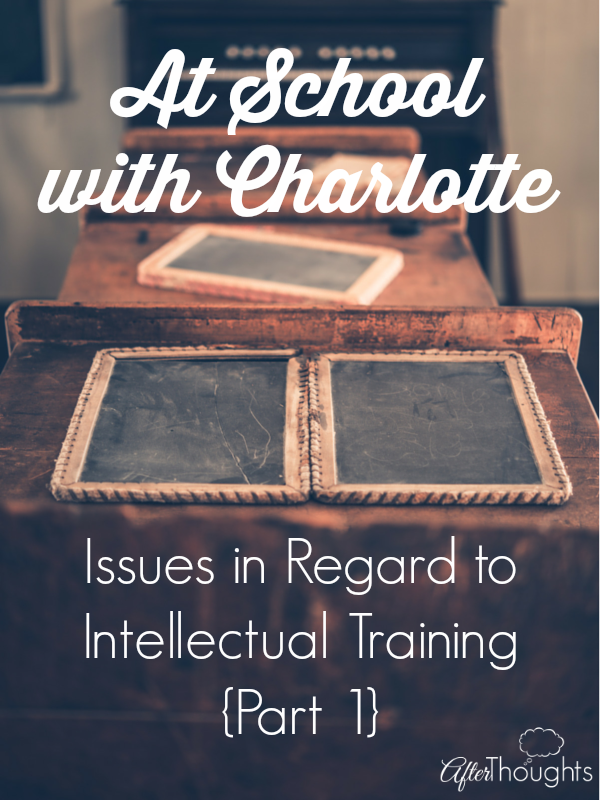 I forgot I did this! In 2010, I blogged through most of Charlotte Mason’s third volume, School Education. While not a substitute (never is there a substitute!) for reading her original words, I thought you might enjoy this little snapshot of the past.

I spent about half of this year not working very hard at the food thing. I just had too much going on and so I made a one-week meal plan and, for the most part, we ate it over and over and over. Then, we had some life changes and somehow that woke me up to the need to revisit better nourishment. It’s not that the food had gotten junky so much as I know it’s better to offer more variety.

So I’m trying. I made a list of every meal in my arsenal that doesn’t take a zillion hours to prepare. Turns out, there’s more than a week’s worth of options! So each time I plan a week, I look at my list and make sure I’m not just duplicating the previous week.

I’m also trying to make one new … something … a couple times a month. This week, I tried Portuguese Salt Cod Hash because I had Fish Dish Failure two weeks in a row. (We loved it so much I added it to my options list.)

Next week, after I buy some almond butter at Costco, we’re going to try Northern Nester’s Cinnamon Loaf. (I love this site because pretty much every recipe works for both my gluten-free girl as well as my sugar-free boy.)

3 Big Reasons Your Child Should Be Reading Aloud