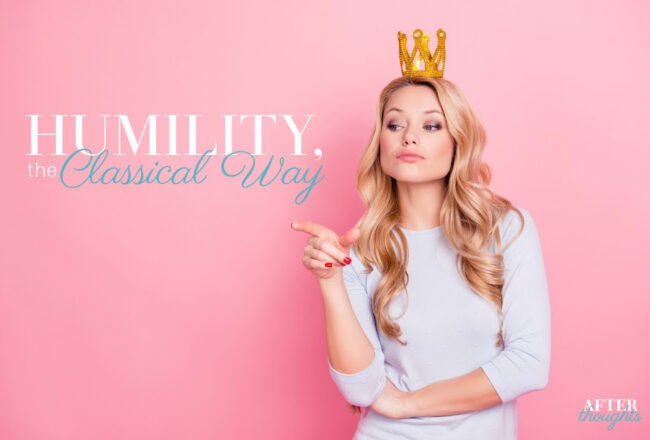 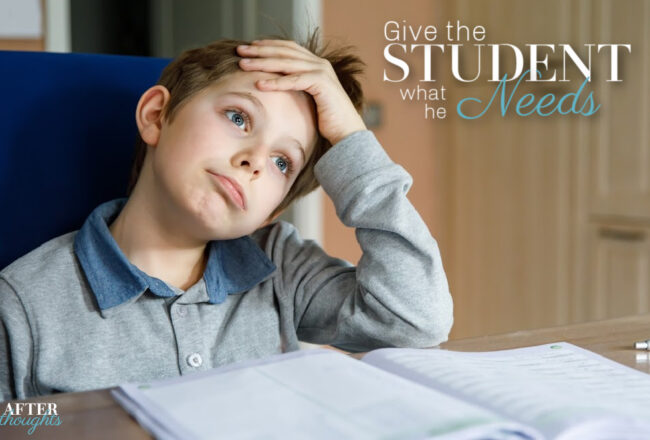 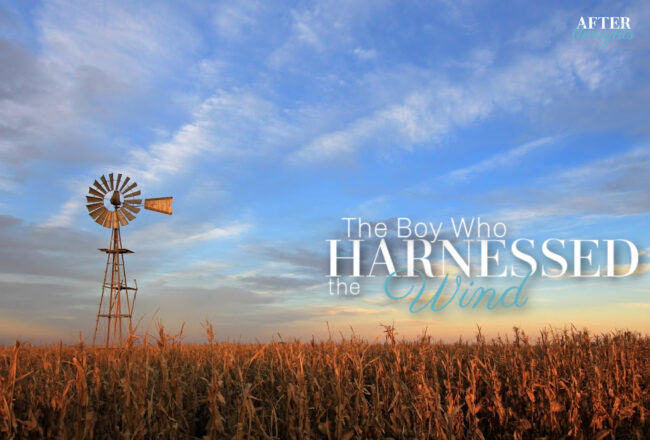 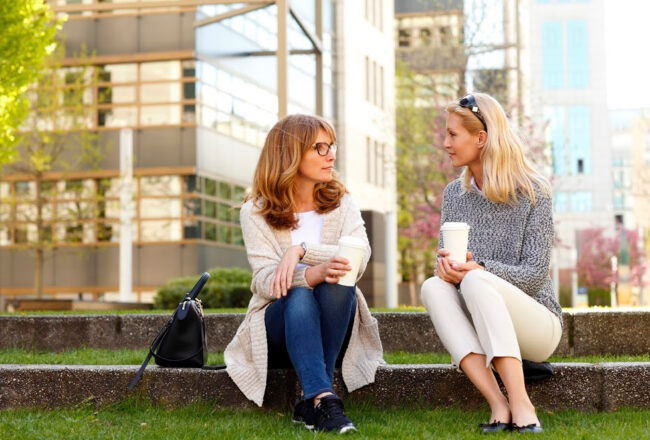 What if the Great Conversation *IS* the Good Life? 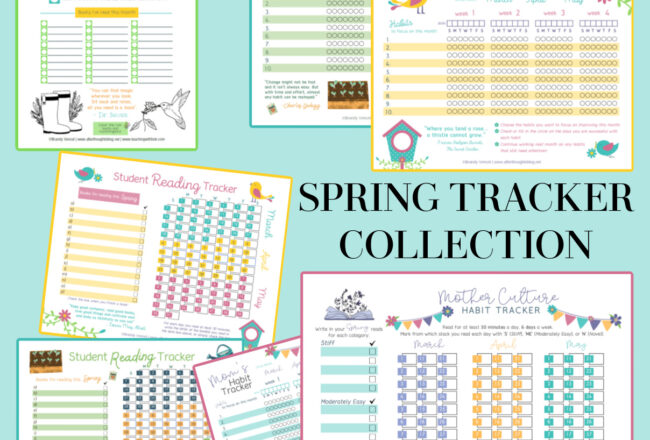 Have a Spring Reading Fling! 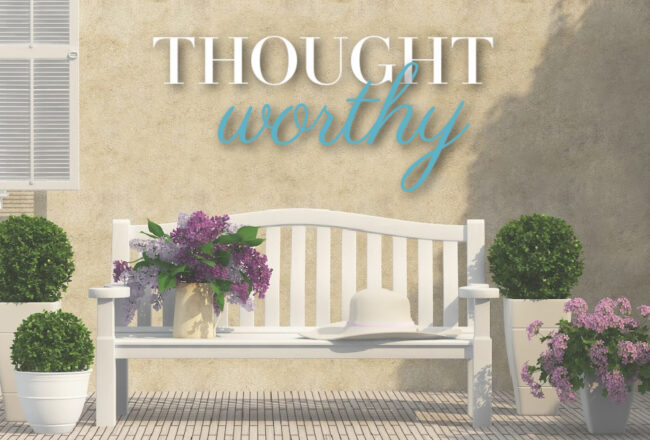 I could wish that our students possessed such earnestness that wisdom would never grow old in them.
— Hugh of St. Victor

Lately, I’ve been knee-deep in curriculum. I’ve looked at options I haven’t looked at before (no, I’m not leaving AmblesideOnline; this is for a side project). I’m not just looking at the curricula; I’m reading what the companies say about what they have made.

I’ve noticed a disturbing lack of humility out there in the larger classical world. I’m not saying it’s everywhere; goodness knows there are also the good guys we all love. But I keep running across this attitude that we up here are going to help you down there because we are so superior to you in every way. You down there? You have unrefined tastes. You are ignorant. We up here Know Things and we want to elevate you to our level.

And I guess if we get there, we’ll get to look down on the little people, too?

On the one hand, it’s true: we come to this project with underdeveloped tastes and loads we don’t know. We have so much to learn. (At least, I did and do.)

On the other hand, I wonder if some of this swings too far the other way, forgetting that the prideful never will learn.

Last month, I finished reading Hugh of Saint Victor’s Didascalicon. I loved it so much. One thing I noticed was how very humble it was. While Hugh insists we must read the greatest books and authors, he never comes close to snobbery. Listen carefully to what he says:

Now the beginning of discipline is humility. Although the lessons of humility are many, the three which follow are of especial importance for the student: first, that he hold no knowledge and no writing in contempt; second, that he blush to learn from no man; and third, that when he has attained learning himself, he not look down upon everyone else. (pp. 94-95)

To Those Who Know, Hugh says,

Good for you! You have drunk at the very fount of philosophy — but would that you thirsted still! (p. 95)

And again, he reminds us what the wise student looks like:

[He] gladly hears all, reads all, and looks down upon no writing, no person, no teaching. (p. 95)

I don’t think this is an argument from Hugh to justify being indiscriminate. His point is not that we should literally read everything (later in the work he actually cautions against trying to keep up with people with voluminous reading habits and declares it impossible to read everything). I also don’t think this is an argument for putting bad or inferior books into the curriculum.

Hugh’s point is all about attitude; it’s the spirit of the thing. The classical spirit so deeply desires wisdom that it is always ready to learn. It’s always willing to learn, even when the person standing in front of us is poor or uneducated. It never views itself as a superior human. It remembers that Wisdom Himself came down as a mere babe in swaddling clothes. (How many of our great teachers would have scorned to kneel in a stable at the foot of a manger? Or, as a friend of mine said today, “These guys sound smart, but they wouldn’t have actually gone to a Shakespeare play while Shakespeare was still alive.”)

Pursuing wisdom is a grand endeavor, and we occasionally feel ourselves soaring at great heights. We must take care not to let our heads get dizzy and inflated from this (or to collect teachers in this vein). While chasing wisdom is glorious and Wisdom Himself is worthy of all worship, we … are just ourselves. Perhaps a little better than yesterday, but not much to speak of. No matter how much we have read or learned, there is so much more ahead of us (for ours is a bottomless God). We must not mistake Wisdom’s glory for our own.

This article first appeared in the Scholé Sistership.

In The Didascalicon, Hugh of Saint Victor says there are three obstacles to progress in learning — perhaps we might say three categories of obstacles — that students can come up against: carelessness, imprudence, and bad luck. He then goes on to share his solution for these three. I found myself wondering if it could really be this simple: only three? But the more I went around in circles, the more every obstacle I could think of fit into one Continue Reading…

On Easter, my grandfather told us more about his family growing up. We’ve been asking more questions ever since he dropped the bomb at dinner one night last month: “My father fought in the Spanish-American War!” Wait. WHAT?!? It was one of those moments — you know the ones — where history suddenly feels very real. My grandfather feels a little more magical these days (we already knew he could fix anything and everything) because we realized he’s basically an Continue Reading…

What if the Great Conversation *IS* the Good Life?

I had a moment during the sermon at church on Sunday. This happens often because my personal Bible is the KJV version but my pastor preaches from the ESV or the NASB. The result is that I always end up comparing the different translations. I honestly love it because usually within the differences I find greater understanding. What happened today, however, blew me away. The Greek word anastrophē (ἀναστροφή) is used multiple times in Hebrews 13. The day’s passage began in Continue Reading… 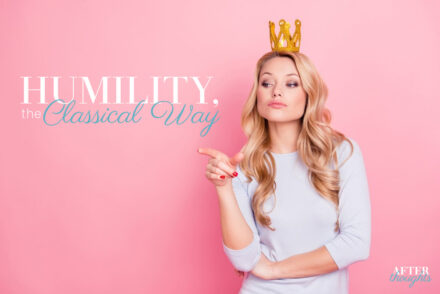 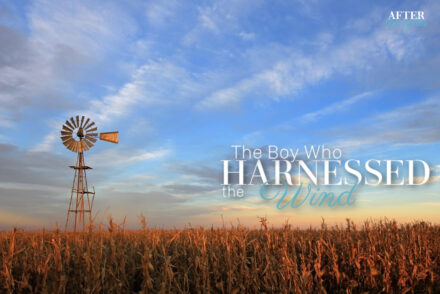